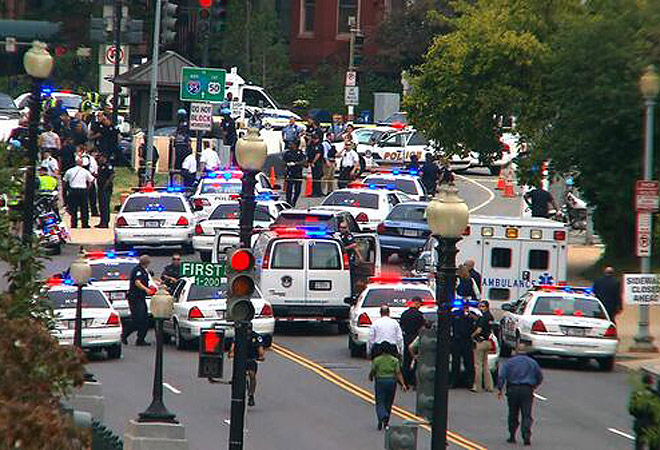 Officials have confirmed new details regarding this morning’s Capitol lockdown:

-The suspect, 34-year-old Miriam Carey, engaged police when she “tried to gain access” to the White House complex by driving her car into a security barrier

-After being confronted by police, she sped away down Pennsylvania Avenue with Secret Service in pursuit

-Officers fired at the car, with at least six shots being heard on one video taken by Alhurra. Carey was shot and killed in the shootout.

The U.S. Capitol building was locked down earlier today following reports of a woman opening fire in the area. News of a heavy police presence spread quickly via social media, as politicians including Senator Rand Paul and Senator Dan Coates Tweeted updates regarding the situation and their own safety.

KPCC’s Kitty Felde has been reporting on the news from Washington. She recently Tweeted that the shots were fired just outside of Senator Barbara Boxer’s office. According to a source who spoke with the station, the shooting occurred following a police pursuit of a black car toward the Capitol. Numerous news outlets have reported a police officer was injured in the incident. This story is unfolding.