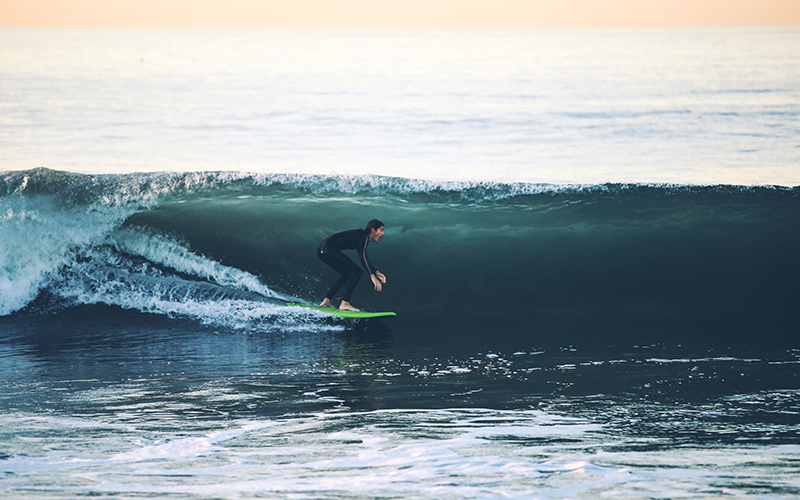 2018 has been a pretty stellar year for local surfers: On August 20, Governor Jerry Brown signed legislation that crowned surfing as the official sport of California; today, United Airlines announced a new policy that waives hefty service fees (upwards of $150) to check a surfboard, paddleboard, or wakeboard on any of its flights into or out of the state. According to the airline, the policy was inspired by surfing’s new royal status.

As California’s global airline, we knew what we had to do when surfing was named the state sport: waive the service fees for surfboards, on all flights, to or from California. #Stoked 🏄‍♀️🏄🤙

The move is somewhat of a surprise considering United is known for its garbage customer service (last year, a passenger was forcibly removed from an overbooked flight; earlier this year, the airline caused the death of a puppy because its owner was made to stow it in an overhead bin). But hey, even small steps towards redemption are better than no steps at all.

Now, being that United is a money-hungry airline and all, you can’t just waltz onto your next flight with a board in tow for free. But you can check it for the price of a normal bag on any United Airlines or United Express flight, which will set you back by a much more reasonable $30. (This falls in line with competing airlines like Alaska Air, which dropped its sports equipment fee to $25 in 2017).

While this is great news if California is your final destination, it is kind of a bummer that the break doesn’t apply for flights connecting through a California airport. But hey, who needs Hawaii when you’ve got Manhattan Beach?