Home Economy Millions of Americans Are Unemployed. What Are Their Prospects for Getting Back... 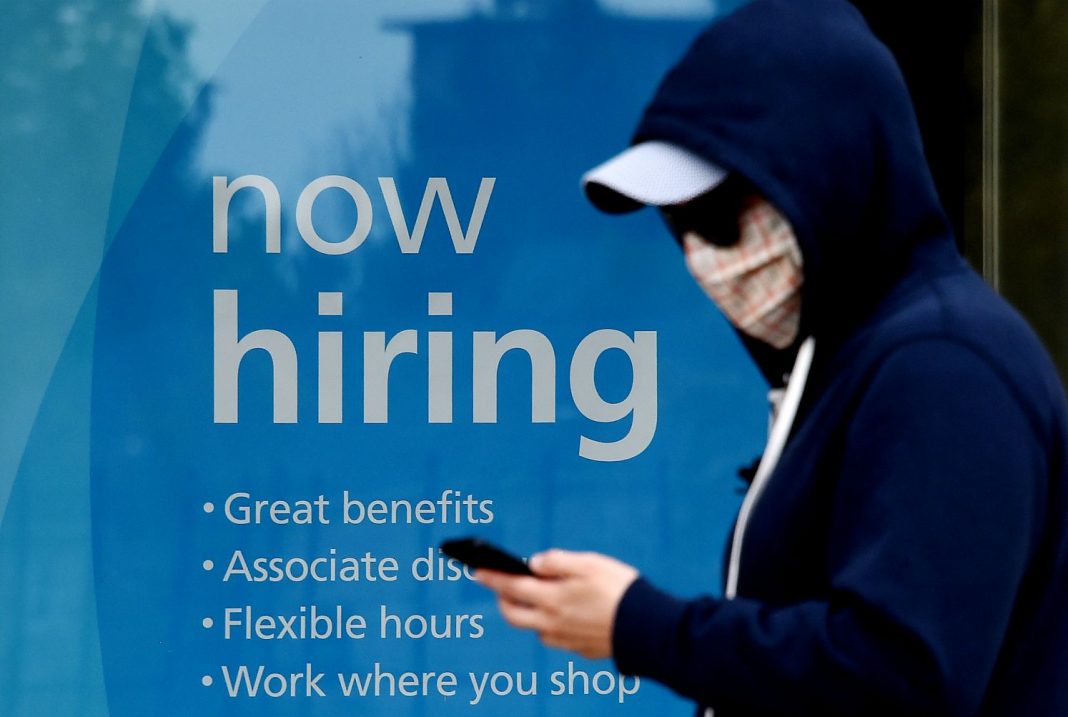 As mid-March 2020 rolled around, the U.S. economy may have been a house of cards, but it was a decent-looking one. After ten years of recovery efforts following the last recession, unemployment was hovering near 3.5 percent, and wage growth was finally starting to reach the lowest-paid workers in the economy, thanks largely to efforts to raise states’ minimum wages. Then the pandemic struck.

Over the next eight weeks, 36.5 million people filed for unemployment (roughly one-in-five American workers) as a substantial portion of the economy was brought to a necessary standstill by the response to COVID-19. Initially, the travel, retail, and hospitality sectors were the hardest hit, laying off millions, but job losses have expanded across industries as a cure for the virus continues to elude us.

So, what are 36.5 million unemployed people to do? Well, that largely depends on how things go from here.

“A large percentage of those who are unemployed are on temporary layoff,” says economist Jerry Nickelsburg, director of the UCLA Anderson Forecast. However, whether those layoffs remain temporary or become permanent “depends on how long the pandemic lasts.”

But even if stay-at-home orders begin easing, and no subsequent waves of infections hit, and “we [recovered] a million jobs a month—which would be absolutely unheard of job growth—it would still take almost two years to get back to where we were,” says Heidi Shierholz, the former Chief Economist at the U.S. Department of Labor, and current director of policy at the Economic Policy Institute. Given the scale of the situation, “there’s not a lot that individuals are actually in the position to be able to do—the rug has been pulled out from under them,” she continues. “When the labor market is gone, it’s extremely important that things like unemployment insurance benefits are robust and last a very long time.”

Yet, that help from the government has been too little, too late for some.

“The whole process of applying for EDD assistance [unemployment insurance] was a nightmare, especially as a freelancer who also did W-2 work last year,” David Marks, a photographer and video editor, says. After applying twice since March and being denied both times, he “called the EDD phone line—and this is not an exaggeration—more than 1,000 times over the course of multiple days” before he was able to reach someone and get his case resolved.

For Baha Danesh, a photographer and art curator, the unemployment benefits she’s been receiving “are not even enough to cover my rent.” Danesh considered getting a part-time job to help make ends meet while searching for a more permanent solution, but it’s been her experience that many part-time jobs pay minimum wage. Moreover, Danesh admits that finding a job in the arts is nearly impossible, as “that job market has completely imploded.”

“Right now feels like a repeat of the late 2000s,” Marks says of his current job search, comparing it to the previous recession when he had been applying to jobs with two years experience while other candidates were applying with over 20 years experience. “I have no doubt I’m fighting an uphill battle with this many newly jobless people out there,” he adds. “And there will be so many people looking for the same job that companies will likely end up hiring for lower pay.”

It’s an issue Shierholz worries about as well. “The big thing is this will hold job quality down in terms of wages, benefits, other kinds of things that attract workers to jobs,” she notes. Before the pandemic hit, “you were seeing more expression of workers, more strikes, people saying, ‘Hey, this recovery is going great, how come workers aren’t sharing in it?’” She worries that activity could decline.

The pandemic has not only caused a spike in unemployment, but has delayed retirement for many—and even that has an effect on younger employed people. “Those oceans of teachers who would normally be expected to retire around now may not be able to retire at all,” a student teacher who asked to remain anonymous said about her job search with the LAUSD. She worries that rather than finding a position at a public school, she may be pushed into a charter school or private school instead: “It’s not a question of if I could get a job—because I’m a math teacher, I can get a job—it’s a question of is this a job that I want?”

Of course, the road to economic recovery is tied to how quickly a cure for the virus is developed and how soon people will feel comfortable returning to public life. For now, that timeline is unknowable, but historians note that the Spanish Flu pandemic of 1918-’19, for all its devastation, was followed by a relatively quick recovery and strong economic growth for a decade thereafter. This optimism led former Federal Reserve chairman Ben Bernanke to predict last month that “if all goes well, in a year or two we should be in a substantially better position.”

It’s a cautious prediction, but a glimmer of hope nonetheless.

RELATED: Los Angeles as We Knew It Is History. But Its Future Begins Today

California Officials Say Unemployment Pay for Workers Was Not a Priority