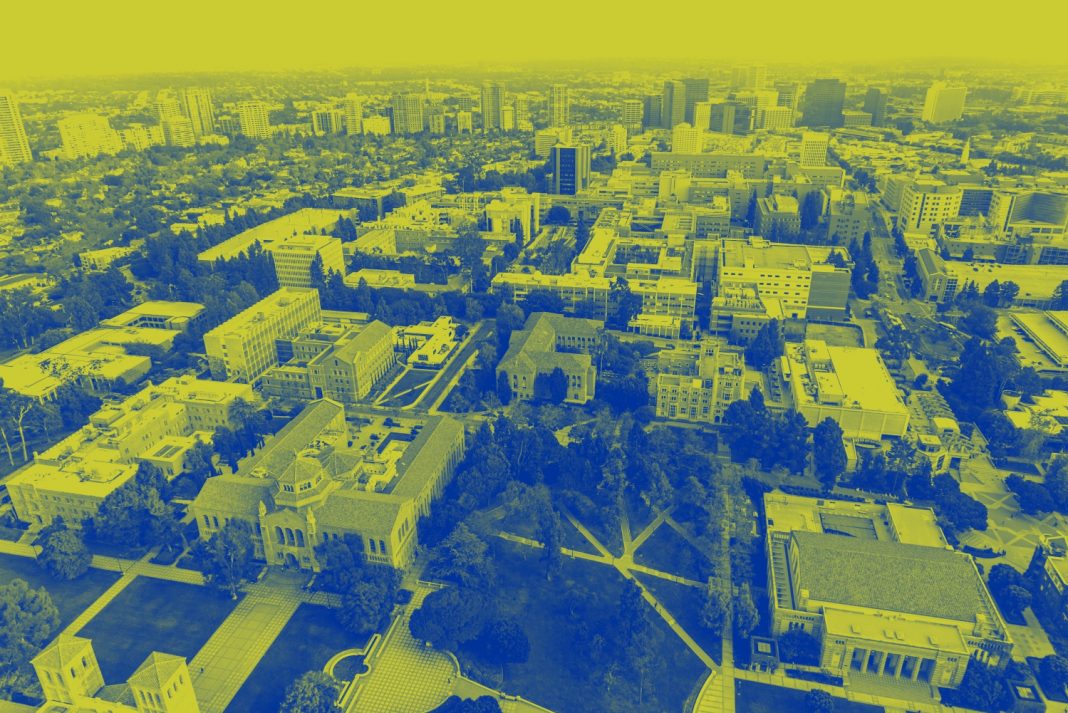 UCLA graduate students have declared a plan to strike until the administration offers them COLA—and they aren’t talking about the beverage.

On Thursday, UC graduate students held a multi-campus walkout to protest the administration’s refusal to institute a cost of living adjustment (COLA), urging students and faculty to abstain from attending classes. The protest was held in response to the mass firing of approximately 70 UC Santa Cruz teaching assistants who participated in a non-union-sanctioned grading strike. Hundreds of students and faculty members attended UCLA’s COLA rally, where graduate students voted to fully strike once the movement attains the support of ten departments.

Hannah Carlan, an anthropology graduate student, says the average UCLA teaching assistant is paid $2,100 per month after taxes; the average rent for a one-bedroom apartment in Los Angeles currently hovers around $2,300. (Westwood, the neighborhood where UCLA is located, was recently reported to be the most expensive neighborhood in the U.S. outside of Manhattan.) According to pro-strike group UCLA 4 COLA, 97 percent of UCLA graduate students are rent burdened. For graduate students with children, recurring health costs, or any form of existing financial obligation, Carlan says the current wage is unlivable. Of the UC schools, San Diego, Santa Barbara, and Davis are presently on strike. Both Los Angels and Berkeley will begin striking once they’ve reached a minimum required amount of departmental support.

#uclaCOLA solidarity across the UC’s. @payusmoreucsc @ucla4cola UCLA pay your workers. UC runs on graduate labour. #SpreadTheStrike You love you see it. The rent is too high. Mobbin strong today! pic.twitter.com/jO44tOtOyv

The COLA movement has encouraged striking without the support of UAW 2865, the union that represents over 19,000 UC graduate student employees. Although this illegal “wildcat striking” is what ultimately exposed UC Santa Cruz teaching assistants to termination, UCLA 4 COLA organizer Cesar Castillo believes it was necessary. UAW 2865’s contract with the UC administration prevents wage renegotiation until 2022 and is embellished with a tidy no-striking clause. But Castillo and other UCLA 4 COLA members don’t believe in waiting two more years when they’re forced to work now.

In the battle for a cost of living adjustment, UAW 2865 has been unable to stand up for graduate employees, but rank-and-file member Nick Geyser says the union will step up if given the chance. UC Santa Cruz enacted a labor practice violation by negotiating graduate employee wages without union involvement, thus allowing UAW to commence a legal and, more importantly, protected strike. While this is good news for UC graduate employees, Geyser fears that his peers are letting the heat of the moment lead them down a path toward mass firings.

Carrying signs featuring slogans like “I am F*****g thirsty, give me cola”, COLA supporters are adamant about continuing their fight with or without the UAW, even if it means risking their jobs in the process.

“Students who do not have the minimum wage to live a dignified life cannot wait,” Castillo says. “If we don’t act now in a forceful, collective way, it’s going to be that much harder.”

RELATED: Westwood Is the Most Expensive Neighborhood Outside Manhattan