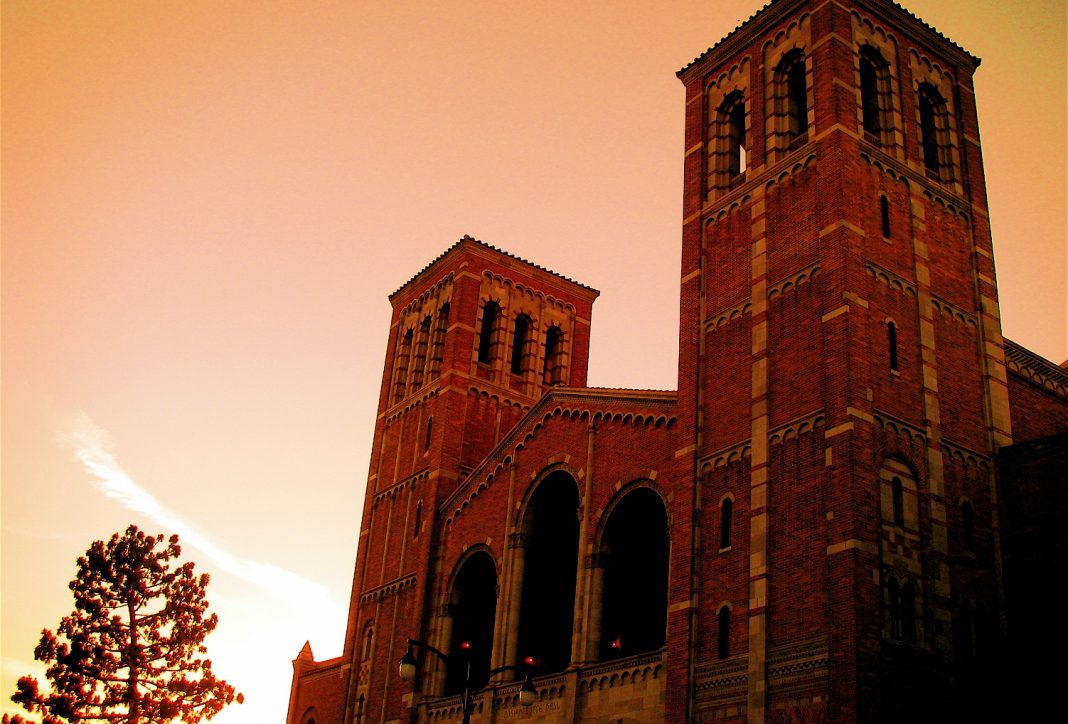 On paper, Liu Cai was a model student. After moving to the United States from Beijing, he majored in biology at UCLA and volunteered at the Boys & Girls Club. A former teacher, Jose Echeverria, remembers him as “an excellent student” and a “great person” who was “easy to get along with.” Cai graduated in 2017 and landed a job at a health care technology company in Santa Monica. He appeared to be doing everything right.

So it came as a surprise when, on a Tuesday morning in March, federal authorities arrested him on suspicion of facilitating an international cheating ring. According to prosecutors, Cai, along with four current and former UCLA students and another student at Cal State Fullerton, helped at least 40 Chinese nationals obtain student visas by fraudulently taking the TOEFL, an English proficiency exam, on their behalf. Cai’s ringers would show up to testing sites with fake Chinese passports bearing their own photos but with the names of the clients. Where Cai slipped—and where investigators caught up to him—was charging 39 test registration payments to his credit card.

Any other day the UCLA bust might have made national headlines, but the news got swamped by a bigger, sexier college cheating scandal: Operation Varsity Blues. (The UCLA investigation was dubbed “Operation TOEFL Recall.”) While the UCLA case is less shocking—bribes in thousands of dollars instead of millions; Chinese high schoolers instead of Full House cast members—it represents an equally notable underbelly of American college admissions. If Varsity Blues is about the American ruling class perpetuating its privilege, the UCLA scandal reveals the extreme pressures and perverse incentives facing international students, many of them far less privileged and desperate to not screw up their shot.

It’s hard to find data on cheating that is broken down by country of origin, but a survey of 14 public universities by The Wall Street Journal found that in the 2014-15 school year, those universities reported cheating among international students at a rate five times higher than among domestic students. In 2018 a professor at UC Santa Barbara told the Los Angeles Times that Chinese students comprise 6 percent of the student body but account for a third of plagiarism cases. A 2016 study conducted by United Kingdom newspaper The Times says that students from outside the European Union were four times more likely to cheat than U.K. and European Union students.

Few suggest that Chinese students, who make up a third of all international students in the U.S., cheat at higher rates than students from other foreign countries. “People are understandably reluctant to make many assertions here,” said Gary Pavela, who runs the Academic Integrity Seminar, an instructional program for students caught cheating. “It’s become very sensitive and somewhat politicized.” In March a professor at the University of Maryland resigned after students accused him of discrimination for allegedly saying that all Chinese students cheat.

It’s safe to say, though, that Chinese students bear the brunt of scrutiny. In 2016 Reuters reported that the University of Iowa was investigating at least 30 students—most, if not all, believed to be Chinese—over allegations of cheating. In 2015 federal prosecutors in Pennsylvania indicted 15 Chinese nationals for a standardized test-taking scheme similar to the UCLA case. ACT Inc. and the College Board, which owns the SAT, frequently delays or cancels scores in Asia when test materials leak.

As supply follows demand, an entire industry has sprouted to help Chinese college applicants and students cheat. A Google search yields countless websites offering substitute test-taking services for the SAT, ACT, GRE, and TOEFL. A site called Cherry Blossom promises a “safe,” “honest” experience for clients and contains numerous screen grabs of chats between the proprietor, who goes by “DemonHunter,” and satisfied customers. I messaged DemonHunter, offering my services as a test taker. “You may need to go to Saudi Arabia for your first mission,” he wrote back. I asked how much it paid, but he never responded. He could smell a fake a mile away.

Indeed, scams in this industry are rampant. It can be hard to find a trustworthy cheater. While researching this story I paid a Chengdu-based website called HotEssay to write an article for me about the problem of international students cheating in the United States (it charged about 11 cents a word). The result, while not quite publication worthy, contained no plagiarism, as least as far as I could detect. A+!

Many consulting companies work to exploit flaws in the standardized testing system. The College Board often reuses SATs, administering them first in the U.S. and then in other countries months or years later. Test prep companies in Asia can therefore compile information about past exams to create a study booklet—or, if they’re pros, to re-create entire tests. For exams offered on the same day around the world, some students will even exploit the time difference, taking the test in one time zone and then relaying details to students in a later time zone (a strategy dramatized in the 2017 Thai film Bad Genius).

But domestic students have access to these schemes, too. Why do international students exploit them more? Experts I spoke with cited family pressure, as many young Chinese students are only children and the first in their families to study abroad; opportunity, as cheating companies actively hawk their services in Mandarin to incoming students; and a general lack of preparedness for the rigors of an education in a non-native language. “The biggest factor is not their international status but going to school in a language that they’re not proficient in,” says David Rettinger, president of the International Center for Academic Integrity. (In 2017 the Chinese state-run Global Times ran a trend story about foreign students, including Americans, cheating at Chinese universities.)

Cultural differences play a role, too, particularly when it comes to perceived gray areas. Chinese students might think it’s acceptable to collaborate on homework or to find the answers to a test online in advance, says Andrew Chen of WholeRen, a firm that helps Chinese students apply to schools and jobs in the U.S. “They think it’s a gray area, but in the U.S. it’s a no-no area.”

Cheating can self-perpetuate if unchecked. Chen tells the story of a student who faked his TOEFL score to get into Purdue University. Once there, he paid someone to attend classes for him. His (employee’s) grades were good enough that he got into Columbia University for grad school, but then, struggling, he hired someone to take his classes there, too. Hoping to land a job at Goldman Sachs, he sought Chen’s help. “I think his English was at a high school level,” Chen says. All told, the beleaguered Chinese student spent nearly $1.2 million on not going to school.

Fixing cheating requires a comprehensive approach. Pavela compares it to airport security. Safety relies on a combination of ID checks, no-fly lists, metal detectors, and X-rays, and see-something-say-something vigilance. You don’t just tell people not to bring a bomb on a plane. Standardized test companies implement ever-stronger security measures, including, in the case of the Educational Testing Service, which administers the GRE and TOEFL, facial and voice recognition software (still a far cry from the fingerprinting and radio-signal-detecting drones used at some testing sites for China’s hypercompetitive college entrance exam). They also maintain a “rogue’s gallery” of suspected cheaters and cross-reference new test-taker data against that, says Ray Nicosia, ETS director of testing security.

But reducing academic dishonesty might ultimately require, of all things, education. “It’s good old-fashioned teaching,” says Pavela, who runs the anti-cheating seminar. Getting through to students means helping them understand their goals and how cutting corners runs counter to achieving them. In his program, Pavela has students write a “gratitude statement.” “You don’t have to hire someone to do that,” he says. He also screens Shattered Glass, a 2003 film about fabulist journalist Stephen Glass in which, Pavela says, “he started to deceive himself.” From there it’s a matter of getting to know students on an individual basis. “What you’re teaching has got to be engaging,” Pavela says. “It’s got to seem relevant to them in some way. If you can do that, you’ll dramatically reduce academic dishonesty.”

Which sounds great, if schools have the resources for such personal attention. But in the meantime there’s a huge, unthinking profit-driven apparatus steering students toward shortcuts. After getting my paper back from HotEssay, I asked “Lisa,” a customer service rep, if the company worried that students use its services to cheat. “I don’t know what they use it for,” she replied. When I pressed her, she offered an analogy: “The vegetable seller doesn’t ask you whether you’re going home to boil your food or fry it. Just worry about your own food.”

Note: This post’s subheadline was updated to remove an incorrect reference to the agency responsible for Operation TOEFL.