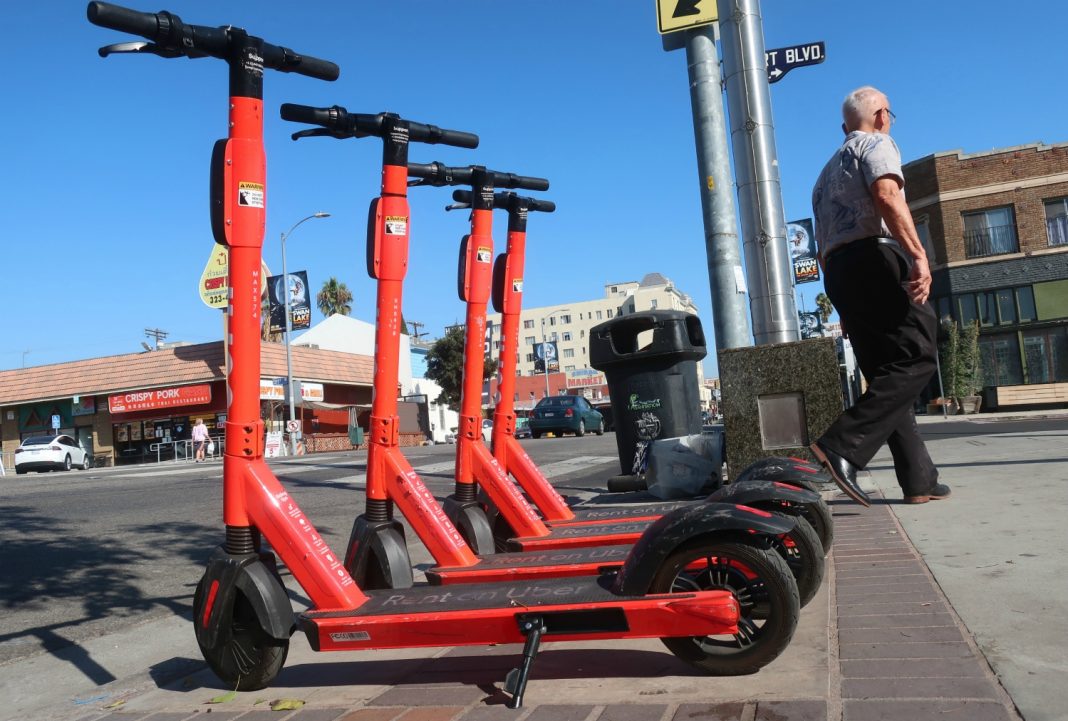 Angelenos used to zipping around the city on Uber’s fleet of electric scooters and bicycles may soon have to find alternative means of transportation (or, er, a different brand of scooter or bike) as Los Angeles and the company fail to come to terms on a data-sharing dispute that has been raging for months.

The city has temporarily suspended Uber’s permit to rent the commuter-friendly rides, a move that will go into effect Friday unless Uber’s subsidiary company, Jump, appeals the decision, the Los Angeles Times reports.

The transport giant and the Los Angeles Department of Transportation are facing off over regulations in L.A.’s one-year pilot program, which dictates that Uber must share renters’ user-data with the city in real time, including where trips start, end, and how long they take. Uber contends that sharing such private info constitutes “government surveillance” that could be used to track the movements and lifestyles of private citizens.

“Independent privacy experts have clearly and repeatedly asserted that a customer’s geolocation is personally identifiable information, and—consistent with a recent legal opinion by the California legislative counsel—we believe that LADOT’s requirements to share sensitive on-trip data compromises our customers’ expectations of data privacy and security,” an Uber spokesperson said.

But the city counters that, without the information, it can’t monitor whether companies like Uber, Lime, Lyft, and Bird—which dispatch a fleet of about 32,000 scooters and bikes, accounting for roughly a million rides per month—are obeying rules regarding how many vehicles they’re operating, and if they’re operating in prohibited areas.

“Every other company that is permitted in Los Angeles is following the rules,” LADOT spokeswoman Connie Llanos said. “We look forward to being able to work with Uber on getting them into compliance.”

This is yet another rough spot in the tumultuous relationship between L.A. and Uber, as the city’s ban on curbside rideshare pickups at LAX got off to a miserable start last week.

RELATED: Rideshare Isn’t the Only Way to Leave (or Get To) LAX