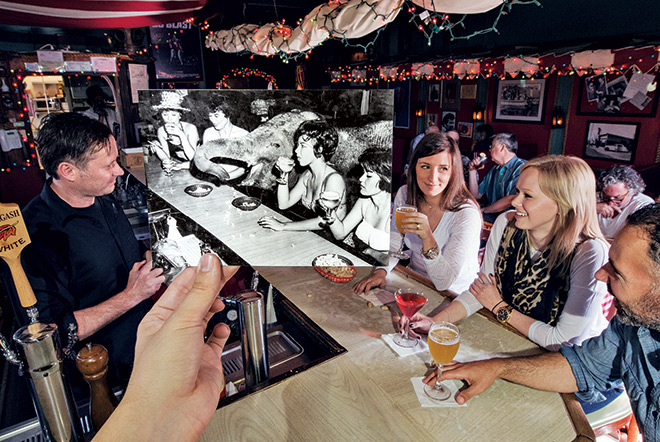 An elephant walks into a bar, slams its trunk on the counter, and snacks on unshelled peanuts. No joke. Sometime-actor and consummate showman Jay Fiondella knew how to attract publicity. In 1959, he opened Chez Jay—an homage to the restaurant that Frank Sinatra’s character runs in Pal Joey—with the help of showgirls and a hungry pachyderm (inset). Fiondella’s no-paparazzi rule made the Santa Monica dive a haven for celebrities, including the Rat Pack. The place was considered a permanent fixture, but its future was threatened when the multimillion-dollar Tongva Park was proposed next door. Public outcry saved it, and the current owners (Fiondella died in 2008) are adding a patio as well as a walk-up window to draw park patrons.