Home Environment The West Is on Fire. Trump Hasn’t Bothered Mentioning It 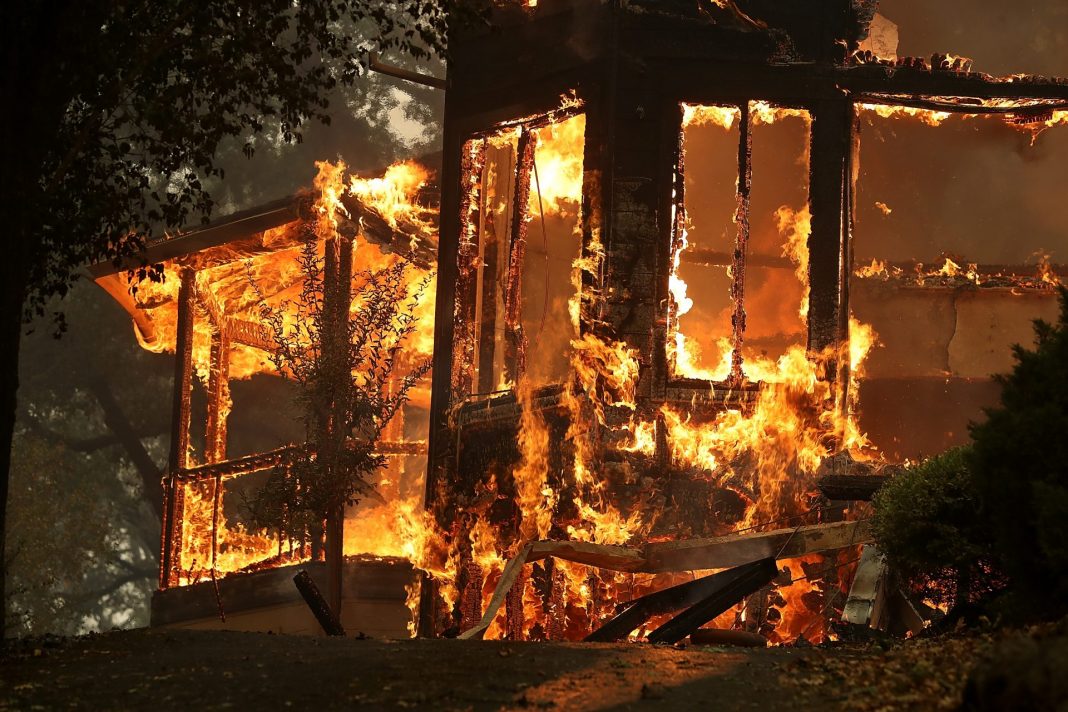 At the moment, President Donald Trump is attempting to manage the revelation that he intentionally downplayed the COVID-19 pandemic, which has now killed upward of 191,000 Americans. That effort has apparently left little room on his mental plate for the dozens of fires currently ravaging California, Oregon, and Washington.

At a Thursday press conference, Trump neglected to address the fires, nor was he asked to by the White House press corps. While the president signed a disaster declaration for California back in August, he has yet to do so for Oregon, which is in the throes of a catastrophe that could result in “the greatest loss of human lives and property due to wildfire in our state’s history,” according to Governor Kate Brown.

Trump has become notorious for blaming the West’s yearly blazes on states’ poor forest management and threatening to withhold federal funds. At a campaign rally in Pennsylvania in August, Trump said, “They’re starting again in California. I said, you gotta clean your floors, you gotta clean your forests—there are many, many years of leaves and broken trees and they’re like, like, so flammable, you touch them and it goes up.” According to CNN, it’s the last time he addressed the fires. The last time he dispatched a tweet about wildfires was on August 6.

As Slate writer Mark Joseph Stern pointed out on Twitter, concentrating on an environmental crisis in the West isn’t politically expedient for a president preoccupied with reelection and little else. “The Electoral College allows—indeed, encourages—Trump to ignore California’s wildfire crisis because he knows he cannot win the state,” he wrote. “He doesn’t even pretend to govern the entire country, just red states and swing states. Those suffering in blue states mean nothing to him.”

Vice President Mike Pence did address the fires on Fox News the morning, saying, “Look, my daughter and son-in-law live in California. Our hearts go out to all of those enduring or threatened by these fires and I want to assure everyone that we’re going to make sure that those courageous firefighters, that homeowners and businesses have the full support of the federal government.” In a statement that refers to Western states as “neighbors,” the White House claims that Trump is “closely monitoring” the situation.

Democratic presidential candidate Joe Biden and his vice presidential pick, California Senator Kamala Harris, have both commented on the “horrifying” situation and have urged residents of affected states to pay attention to safety warnings local authorities.

The images coming out of California, Oregon, Washington, and other Western states are truly horrifying. If you’re in an impacted area, please heed the warnings from your local authorities and stay safe. Jill and I are keeping you all in our prayers. https://t.co/39vcORJEBX

As California Governor Gavin Newsom pointed out on Twitter, six of the largest wildfires in the state’s history have taken place in 2020. In California alone, 3.1 million acres have burned this year.

RELATED: Stunning Photos of the Wildfires Burning Across California