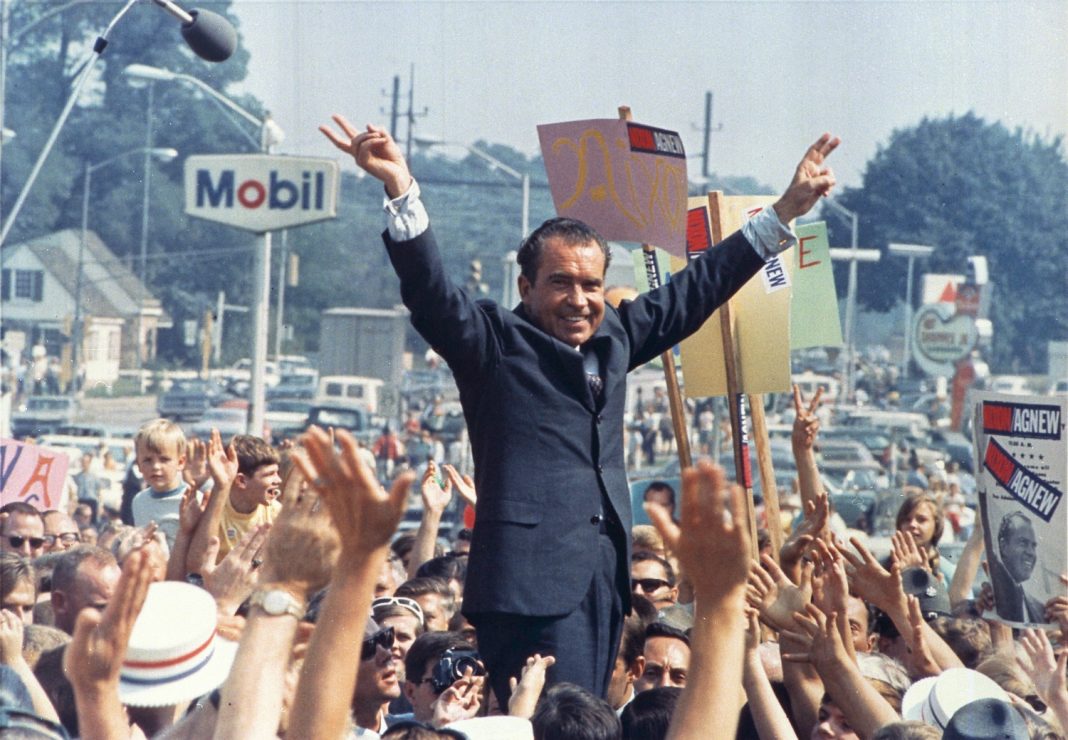 Earlier this month, White House chief of staff Mick Mulvaney went on national television and said that Democrats will “never” see President Donald Trump’s tax returns. As he told Fox News Sunday, “Democrats are demanding that the IRS turn over the documents. That is not going to happen, and they know it.”

Given that this has never before been a partisan issue, it feels disingenuous to blame politics for the deliberate obfuscation of the president’s finances. Every commander-in-chief going back to Richard Nixon has released at least a portion of his tax returns to the public. In fairness, Nixon did it under duress while the IRS was auditing him, and it led to one of the most famous quotes ever from a president: “I welcome this kind of examination, because people have got to know whether or not their president is a crook. Well, I am not a crook.” As it turns out, he was a crook and had underpaid by more than $400,000 during his first four years in office.

Trump is the first president since then to completely refuse to disclose his tax returns to the public—and he’s faced no consequences for it. Americans have the right to know about the business dealings of the leader of the country; we deserve to know if the decisions he or she makes also happen to make them money.

I honestly don’t think it matters if Trump hasn’t paid taxes in years (unless, like Nixon, he circumvented the law to do so) or if he isn’t as wealthy as he says (at this point, we’re aware of his complicated relationship with the truth). It does matter if Trump has business ties in countries he’s helped as president or if he’s helping companies that benefit his bottom line. The point is that what I personally think is significant isn’t important. Voters have the right to know these facts before choosing a president—every person should get to decide for him or herself what’s relevant.

Dems may not be able to convince Trump to do the right thing, but what they can do is urge Democratic presidential candidates to release their returns.

Senator Elizabeth Warren released her tax returns before she even announced, and has a section on her website where they can be viewed. On Sunday, Kamala Harris disclosed 15 years of returns. Senators Amy Klobuchar and Kirsten Gillibrand, and Washington governor Jay Inslee also deserve credit for making public these personal documents without being forced. If nothing else, their willingness to do so demonstrates that they’ll be transparent if elected.

Other Democratic candidates have said they’ll release their taxes but haven’t done so yet. Senator Bernie Sanders released his 2014 taxes during the last campaign, but none since or prior. After pledging to post ten years of returns since he started his 2020 campaign, Sanders is expected to make the documents public today. Former HUD Secretary Julián Castro told CNN that he’s “going to release 10 years of tax returns with plenty of time for people who are going to go caucus in Iowa.” Former Congressman Beto O’Rourke told the Texas Tribune that “I do plan on releasing our tax returns, and I want to do that as soon as we can. Certainly last year, but we’ll find out what the standard is and release that.”

While these Dems should certainly be applauded for deciding to disclose, but the onus shouldn’t be on them in the first place. It’s unfair to make candidates decide to potentially put themselves at a disadvantage when their opponent could simply refuse to release their own returns (I don’t think there’s anything in a tax return that could be a net-advantage in an election, which is why there’s only downside here). Congress can fix this by making it a requirement: When a candidate files to run for president, they have to submit ten years of tax returns before they can start raising money.

Nobody knows if Trump will have to release his tax returns before the 2020 election. Americans may never find out about any conflicts of interests, surreptitious foreign ties, or outright lies. But while he’s taken that opportunity away from voters, he has given us one thing: clarity. Never ever again should we allow someone to run for president when they don’t have enough respect for voters to give them all the information they need to make a good decision at the ballot box.

Will Gov. Newsom Fumble That Sweet, Sweet $97.5B Budget Surplus?