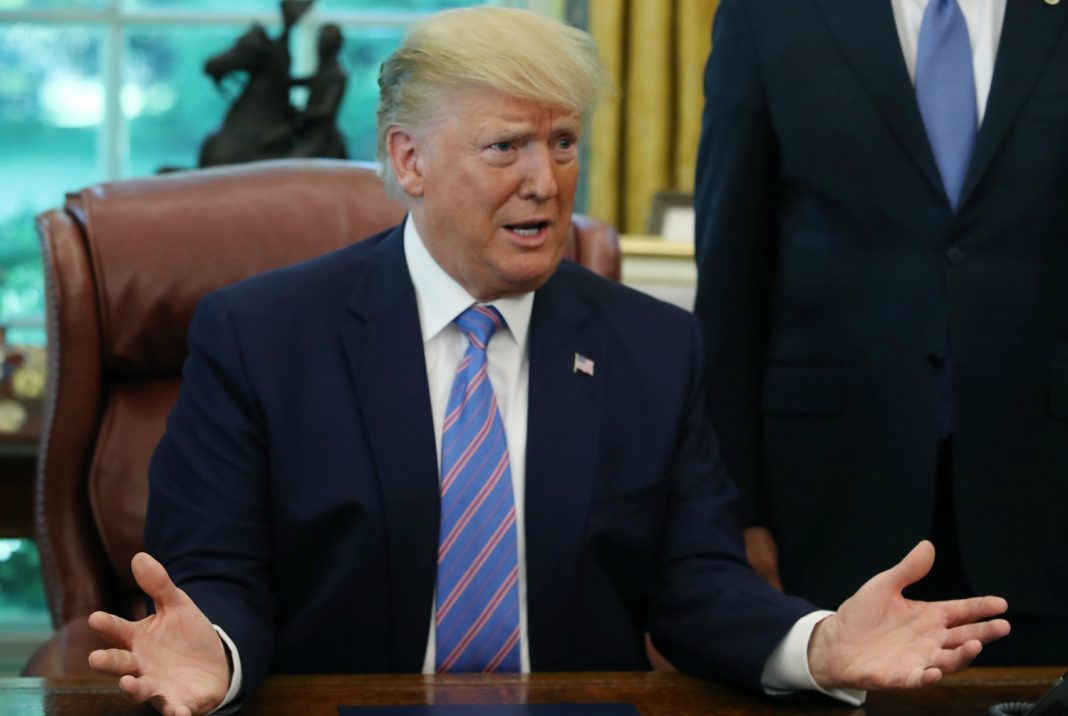 Aside from the matter of a certain $73 million tax refund that the IRS would like to discuss with Donald Trump, the New York Times’ investigation into 20 years of Trump tax returns also reveals that the former reality TV star took $70,000 in tax deductions for hairstyling during his years on The Apprentice. According to at least one entertainment industry tax expert, this proves that Trump is as hapless a tax cheat as he is a businessman.

Sandra Karas, the secretary-treasurer of the stage actor union Actors’ Equity tells Deadline, “It made me laugh when I saw it in the paper. The first thing I thought was, ‘That’s not deductible.’”

Karas, an accountant and tax attorney who helps members fill out their tax returns as the head of Equity’s Volunteer Tax Assistance program, says it’s “unheard of” for stars of a successful show to pay for their own hair and makeup.

As for Trump doling out his own cash to maintain his savage ‘do during 14 stupefying seasons of The Apprentice, Karas says, “I can’t imagine it. I can’t imagine that a celebrity would have to worry about maintaining a hairdo, especially for a show that was as long-running as his was.

Karas, who is also an actress, says that a legitimate tax deduction “has to be ordinary and necessary to the work, and not provided by your employer, but required of the job. If I’m required to do my own hair and makeup for a gig of some kind, then I would be able to deduct it as ordinary and necessary to that job. If I am provided hair and makeup, then I can’t take that deduction. It would be the same if they reimbursed me for anything else. If the producer said, ‘We’re going to fly you out to Los Angeles to do a TV pilot,’ then I can’t turn around and deduct the cost of the airfare, because they’ve already paid for it. The IRS would say, ‘No, no. Your contract called for your employer to provide this.’ I can’t imagine a celebrity not having all of that provided for—wardrobe, hair, makeup—everything.”

Karas tells Deadline that she often has to advise members that daily upkeep of their look isn’t a write-off.

“I say, ‘That’s all well and good, but none of that is deductible, except maybe the cost when you do your hair and makeup for your website or your headshot. That’s a straight advertising expense.’ But as an ongoing upkeep, it’s not tax deductible.”

According to NPR, U.S. Tax Court has repeatedly ruled that the cost of personal maintenance isn’t tax deductible, even for performers. In 2011, that court ruled against an Ohio TV news anchor who wanted to write off her personal care services. Expenses “for manicures, grooming, teeth whitening, and skin care are inherently personal expenditures,” the ruling says.

To Karas of Actors’ Equity, the idea that it could cost a fortune to manage Trump’s DayGlo mane was not the surprising part.

“I wasn’t shocked that it cost $70,000, but I was shocked that he was deducting it—that he said he had to pay for it and was deducting it on his tax returns; that he said it was a business expense,” she tells Deadline. “Maybe he paid somebody all that money to do his hair every year. That might make sense to somebody. But that it’s a business expense? No. I don’t believe that his producer forced him to pay $70,000 to get his hair done for the show.”

Actors’ Equity endorsed Joe Biden for President last week, saying he “has worked to undermine workers’ rights. From gun control to Black Lives Matter and LGBTQ rights, he has stood against protections our members not only support but need to survive.”

Whether or not his creative accounting is legit, Trump may have given some Americans an idea. On Monday, Google searches for “hair cut” and “write off” spiked.

RELATED: For Presidential Impersonators, Playing POTUS in a Divided Country Can Be a Dangerous Game