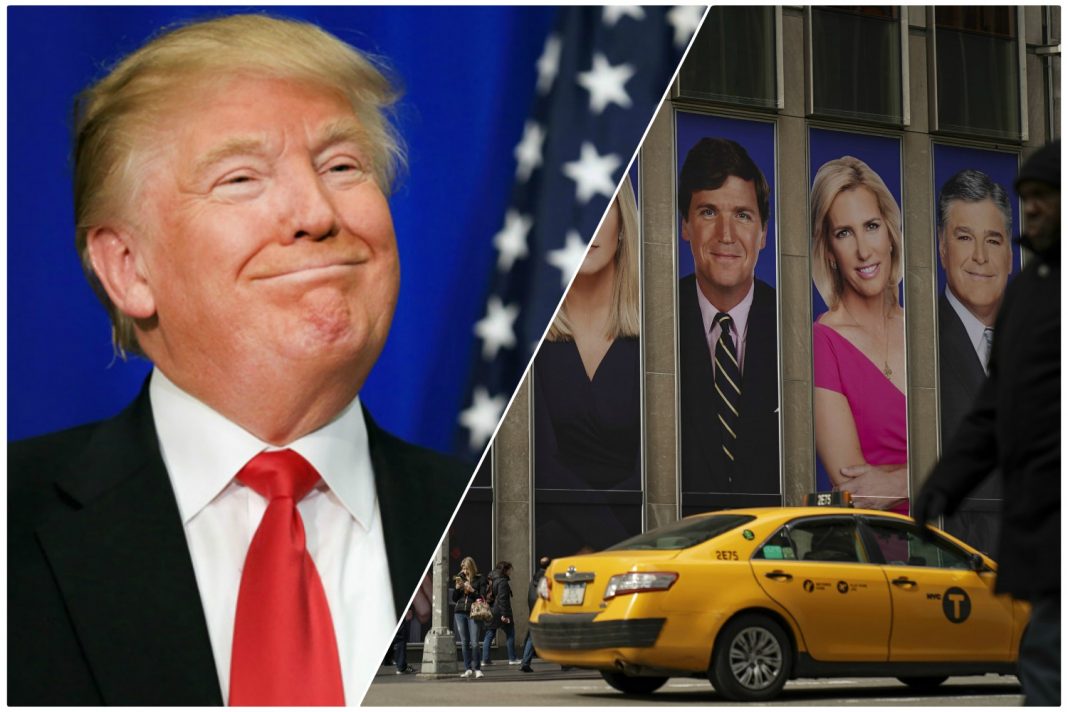 Donald Trump is hoping to finally put the kibosh on lingering questions about his health a week after being rushed to Walter Reed Medical Center with the coronavirus by having what Fox News is calling an on-air “medical evaluation” with Fox contributor Dr. Mark Siegel during Tucker Carlson Tonight on Friday.

Dr. Marc Siegel on conducting a medical evaluation of Trump: 'A lot of things will be revealed' https://t.co/70rUQNzvu2 #Tucker

It’s unclear what, exactly, Siegel will be able to medically evaluate since the pair are meeting remotely, with Trump hunkered down in the White House and Siegel in New York, but Trump could hardly have chosen a bigger fan for his first televised interview since he received his positive test result.

Siegel, who presumably took an oath to “do no harm,” also agrees with Trump on all manner of medical science.

Though many criticized Trump when he left the hospital Monday and said of a virus that had already killed over 211,000 Americans, “Don’t let it dominate you. Don’t be afraid of it. You’re gonna beat it,” Siegel praised those words.

“Courage in the face of illness,” Siegel said. “That’s what we look for. How can that be disturbing?”

In a 2014 Missouri Medicine journal article titled, The Death of the Bedside Manner: Obamcare Is Speeding the Decline in the Quality of Medical Practice, Dr. Siegel argued, “Patients still have the expectation that their doctor will be patient and listen carefully, but one by one doctors and patients are awakening from that comforting vision of the past to the rushed, restricted world of the Obamacare future.”

In his upcoming tome, COVID: The Politics of Fear and the Power of Science—which just happens to drop next week—the doctor explains that “it is possible for a massive pandemic and the fear and hysteria over that pandemic to exist simultaneously.”

He then goes on to describe what could either be the mood of the nation or Trump’s reaction to the pandemic and his own dwindling reelection hopes: “Unfortunately, effective public health measures are compromised by both hysteria and denial. When we are afraid, fear hijacks our brain and we don’t think rationally.”

Whatever the case, Trump’s got some major turd-polishing to do in this interview after several very fubar appearances since leaving the hospital Monday.

First, he released a video of his White House homecoming, in which a flight of steps left him so winded that medical experts were questioning if he should have been released at all.

On Thursday, he got the day rolling with an hour-long phoner with Fox Business’ Maria Bartiromo in which his breathing was only slightly strained but his mind seemed to be all over the place as he repeatedly called Democratic vice presidential nominee Kamala Harris a “monster” who was “destroyed” by Mike Pence in their debate, and announced that he would not “waste my time” on a second debate with Joe Biden, who the media was trying to “protect.”

Trump then went on to demand the arrests of Biden, Barak Obama, and Hillary Clinton for “the greatest political crime in the history of our country,” before insinuating that he contracted COVID-19 from Gold Star families of fallen armed services members.

“They want to hug me and they want to kiss me,” he said. “And they do. And frankly, I’m not telling them to back up. I’m not doing it. But I did say it’s like—it’s obviously dangerous. It’s a dangerous thing I guess if you go by the COVID thing.”

Trump rounded out Thursday with a return to Fox, this time with bestie Sean Hannity, where he coughed and struggled to speak while he evaded direct questions about his health.

On Friday, Trump spent roughly two hours on the phone with Rush Limbaugh, during which he called the drug cocktail he received from Regeneron a “cure” for the coronavirus, despite any scientific backing, and the fact that that particular batch of drugs is not available to most humans.

He also took the opportunity to let listeners know that Black Lives Matter is a “racist” and “Marxist” organization. And, while he was at it, he took a swipe at his Fox News pals because they are less fawning than they were four years ago, and took particular aim at Paul Ryan’s wife because she’s on the board of Fox’s parent company.

Trump even lashed out at one of his most loyal sycophants, A.G. Bill Barr, over news that the final report on the Russia investigation won’t be out before the election.

“I’d be surprised and I’d be very disappointed,” Trump lamented. “I’ll probably be disappointed. Because this stuff should’ve come out a year ago anyway.”

RELATED: Donald Trump’s Presidency Has Been Stranger Than Any Fiction Hollywood Has Whipped Up