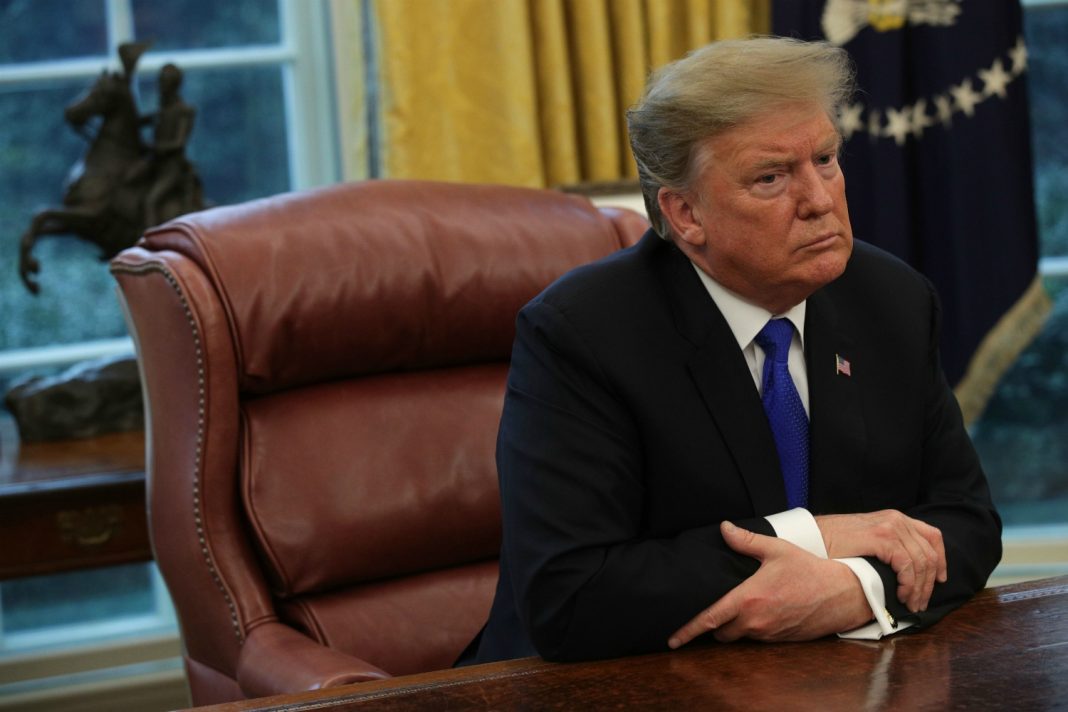 The Washington Post reports that the delegation went out to tour a warehouse or large facility in the L.A. area which was once used by the Federal Aviation Administration, which, the paper’s sources say, might be a site for some type of homeless housing under the president’s plan.

It is not clear what authority the federal government would have to force individuals to move into any type of facility, or what the actual plan for moving, sheltering, and caring for homeless people might be.

“We’re not rounding people up or anything yet,” a senior official told the Post.

“We’re not rounding people up or anything yet. You guys in the media get too ahead of yourselves.”

A “very large delegation” of Trump administration officials is visiting Los Angeles this week to discuss the city’s homelessness crisis with the mayor’s office, announced Breelyn Pete, chief of state and federal affairs for Mayor Garcetti, at a Politico event on Monday. According to Pete, the group will be sitting down with city officials to discuss a “strategic plan around homelessness and sanitation deployment and Skid Row engagement.”

The visits come after Trump criticized homelessness issues in Los Angeles, San Francisco, and other cities run by the “liberal establishment” on Fox News last month, prompting heated retorts from both Governor Gavin Newsom and Garcetti. The mayor called the remarks “political cheap shots [that] don’t solve difficult problems,” and welcomed the president to invest in “our local, and what is a national, problem” by increasing funding permanent supportive housing, shelters, and housing vouchers.

According to Pete, instead of “punching back,” Garcetti ultimately decided to extend an invitation to the president “to come to L.A. and meet with him on the issue…really see what we’re doing, and also what we’re up against, and discuss ways that the federal government can step up and help.” Officials representing the White House, Department of Housing and Urban Development, and Domestic Policy Council were sent in Trump’s place.

On Tuesday, The Washington Post reported that Trump has been pushing for a “crackdown” on homeless encampments in California in recent weeks, and has expressed interest in “razing existing camps for the homeless” and creating or refurbishing housing facilities that would “give the federal government a larger role in supervising housing and health care for residents.” It’s unclear if the L.A. talks will address this proposed “crackdown.”

In a thread on his personal Twitter account, City Councilman Mike Bonin expressed his concerns about the President’s tactics around homelessness. “We’ve buried refugee children held hostage in his damn facilities. What inhumane treatment will he sanction for the unhoused?” the councilman wondered. “[Donald Trump’s] freaking administration is actually CAUSING homelessness, throwing immigrant families out of housing, cutting health care, contributing to worsening income inequality.”