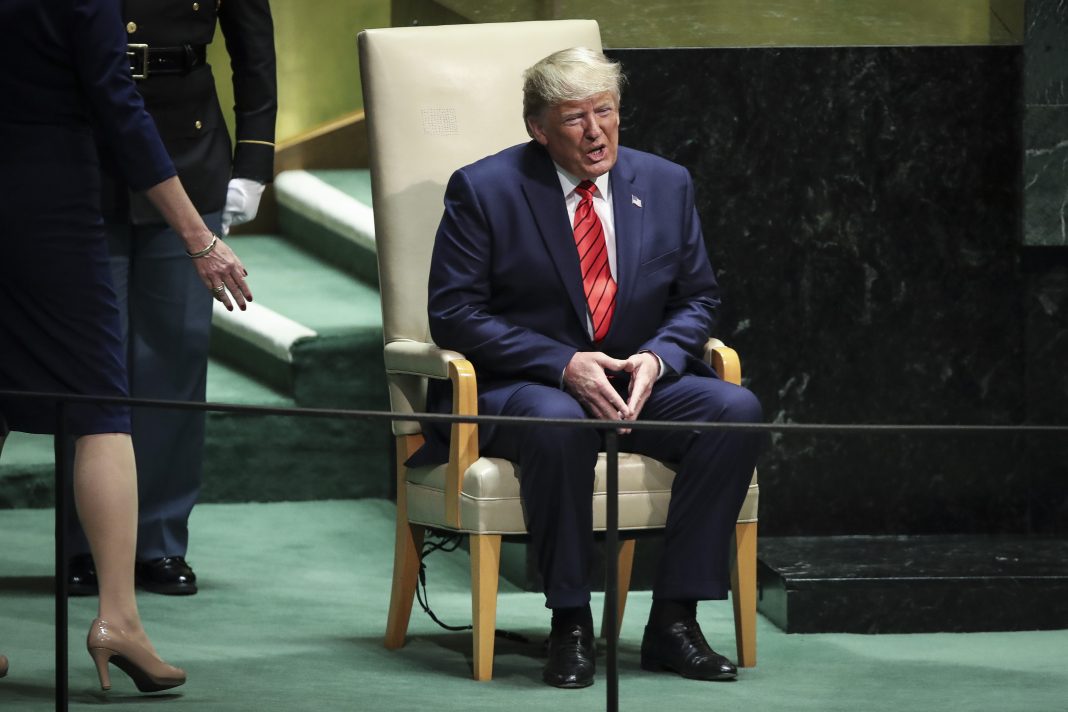 OCTOBER 5, 2020 – As days go by, a more complete picture of COVID cases linked to the Trump outbreak is becoming clear.

In addition to the President and First Lady, a number of other members of the president’s inner circle and those exposed to them have now tested positive:

Mounting evidence has appeared to link the outbreak to a Rose Garden ceremony for Supreme Court nominee Amy Coney Barrett, which is being treated as a “super-spreader event.”

Some contact tracing efforts are said to be underway, but may prove challenging. In the days before announcing his diagnosis, the president attended 15 events spread over multiple states, meeting both with senior officials and large gatherings of the general public.

“It is gravely concerning that the president would insist on holding this event with blatant disregard for social distancing and masking requirements,” Pennsylvania governor Tom Wolf told the New York Times after a September 26 Trump campaign rally in his state brought out a crowd of thousands of supporters, few of them wearing masks.

OCTOBER 2, 2020 – The Thursday night announcement that Donald and Melania Trump have tested positive for COVID-19 has raised many questions about what it means for the president and his campaign–few of which have yet been fully answered. In fact, one of the few things we know for sure at this point is that the announcement has brought even more chaos to an already-chaotic election year.

How did Donald Trump catch COVID?

At the moment, there’s no conclusive answer to where the president picked up the virus, and even under the best of circumstances it can be hard to pin down how any patient contracts COVID-19. One possibility is that he was exposed by senior aide Hope Hicks, who tested positive earlier in the week and had been traveling in close contact with the president and First Lady in recent days.

In an interview with Sean Hannity after being tested but before publicly announcing results, the president described a theory for how his inner circle may have been exposed to the virus which appeared to link the spread of COVID-19 to military and law enforcement officers: “When you’re with soldiers, when you’re with airmen, when you’re with the Marines, and the police officers—I’m with them so much. And when they come over to you, it’s very hard to say, ‘Stay back, stay back.'”

How will a Trump COVID diagnosis impact the campaign?

The most immediate change to the remaining weeks of the campaign is that the president will need to take some time off from traveling and holding in-person rallies with supporters. He is currently self-isolating inside the White House; how long he needs to stay in quarantine will be determined by his particular progression of the virus. If his case is asymptomatic or even mildly symptomatic, he could be back on the campaign trail before November 3. If he develops more severe symptoms, it could sideline him for weeks–not to mention potentially causing incapacitation or death.

Many were concerned that Trump or his team could have infected the former vice president or members of his staff at the debate on September 29. The debate was held indoors and mask-wearing was inconsistent. So far, at least, that appears to not have come to pass. On Friday, Joe Biden confirmed he has tested negative for COVID-19.

The Biden campaign has reportedly not heard anything from the Trump campaign regarding possible exposure or contact tracing. Biden’s team says they learned of Hicks’s and the Trumps’ test results from media reports.

For now, the president and his doctors insist he is well enough to continue carrying out duties remotely from within the White House. Multiple world leaders, including U.K. Prime Minister Boris Johnson, have contracted COVID and ultimately recovered without triggering succession protocols.

Should President Trump be medically incapacitated on a temporary basis, the 25th Amendment would allow him to hand over power to the vice president and then resume it when he regained capacity to do so. As of now, Vice President Pence reports he is COVID-negative and otherwise healthy.

Should the outbreak spread or any other situation cause both the president and vice president to be killed or incapacitated, the next in the order of succession would be Speaker of the House Nancy Pelosi.

In the event he withdraws or passes away before election day, the RNC would have an opportunity to quickly select a replacement candidate. That candidate would most likely be Mike Pence, but that would not be required. Ballots have already been printed and in many states voting has already begun, meaning it would be too late to change the name voters see, but members of the electoral college could cast their votes for the appointed RNC candidate.

“But one last possibility to ponder,” elections expert Richard Pildes told The Washington Post. “If the RNC were deeply divided, and Republican electors then did not coalesce around a single replacement candidate, there might not be a majority winner in the electoral college. In that case, the House would choose the president from among the top three vote getters in the electoral college. In that process, each state delegation gets one vote.”