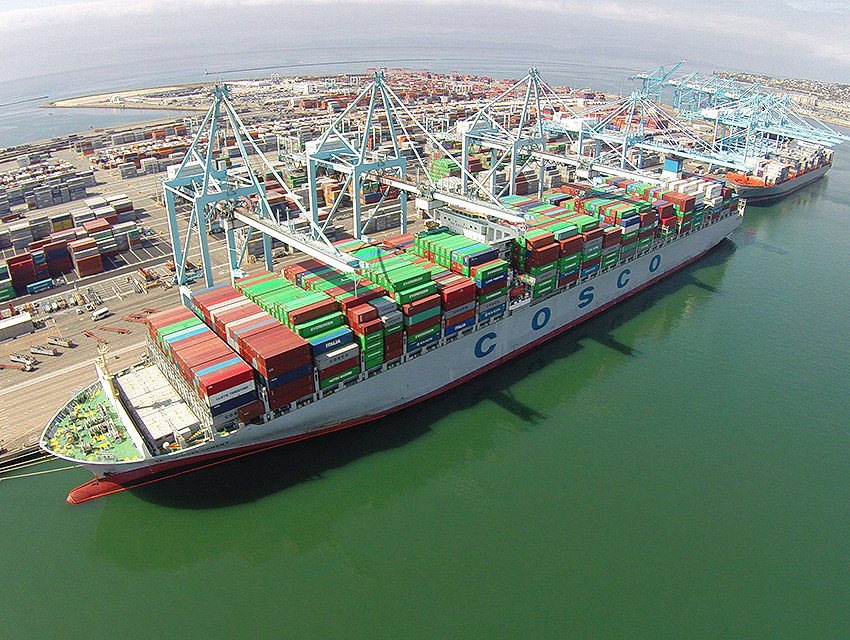 Early this morning, port truck drivers from the drayage firms TTSI and Pac 9 continued picketing at the twin ports of Los Angeles and Long Beach as part of a strike surrounding alleged wage theft. Yesterday the mayor called for a meeting between the aforementioned firms and the Teamsters union; today, according to a joint statement from the mayor’s office, all three parties have “agreed to continue their dialogue in an effort to resolve outstanding issues.” It’s unclear if the strike will continue into next week.

The twin ports of Los Angeles and Long Beach are crucial to the U.S. economy: more than 40% of our nation’s imports are moved through them. This morning, deliveries into and out of the port are in danger of halting as truck drivers from two of L.A.’s major drayage firms—Total Transportation Services Inc. (TTSI) and Pacific 9 Transportation (Pac 9)—have resumed protests and picket lines for the fifth time in a year. “As of 11 a.m., there are somewhere between 10 and 20 protestors at four of our nine terminals,” says Port of Los Angeles spokesman Phillip Sanfield. “We don’t know if they’re setting up picket lines, but port police say they’re staging one.”

Nearly 1,000 port drivers went on a five-day strike this past July in objection to what they allege are “severe and continuing labor law violations,” which had a substantial impact on billions of dollars in international trade. The labor law violations in question include wage theft, as the truckers allege their misrepresented status as independent contractors leaves them with lower pay than if they were company employees. At that time, the port’s longshore workers honored the drivers’ picket lines, which briefly interrupted cargo flow. Hours later, a mediator determined the lines were not bonafide, and work resumed. “The difference between July and now,” Sanfield says, “is that the longshore workers are not on a contract, so there is no collective bargaining and nothing in place to bring in a mediator—it’s really a gray zone.”

It was mayor Garcetti who negotiated a “cooling-off period” in July between trucking firms and their drivers with the proviso that the companies would welcome the drivers back without any sort of retaliation, but the drivers are alleging that the firms have reneged on the terms of the agreement. The Teamsters Union, which supports the drivers through their Port Division, was unreachable for comment at press time.

Sanfield said that there has been no disruption in the flow of cargo as of yet due to this morning’s activity. “We’re hoping it doesn’t come to that, but it’s possible,” he says.