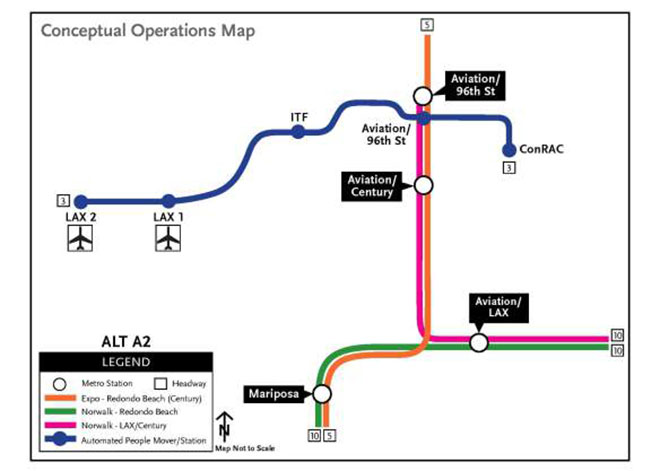 Trams and monorails that move travelers from one terminal to another may be commonplace in other airports, but not at LAX. Our airport has none, yes, none—for now.

In the 2020s travelers in L.A. may be able to get to and around LAX more easily in the future thanks to the board of the MTA, which voted today to move forward on plans to build a light rail station at Aviation Blvd. and 96th street where a people-mover, built by Los Angeles World Airports, would connect and transport passengers to and from the airport’s terminals.

According to the Metro’s The Source blog, it’s now up to the organization to environmentally clear the station, design it, and identify funding.

“Metro and the Los Angeles World Airport are united in our commitment to see this connection become a reality,” said Metro CEO Art Leahy, via email.

Mayor Eric Garcetti shared Leahy’s sentiments in a statement, adding, “l’ve made this a top priority and as the next MTA Chair, I’m going to see this through.”