Home Architecture Explore the Servants’ Quarters at the Gamble House 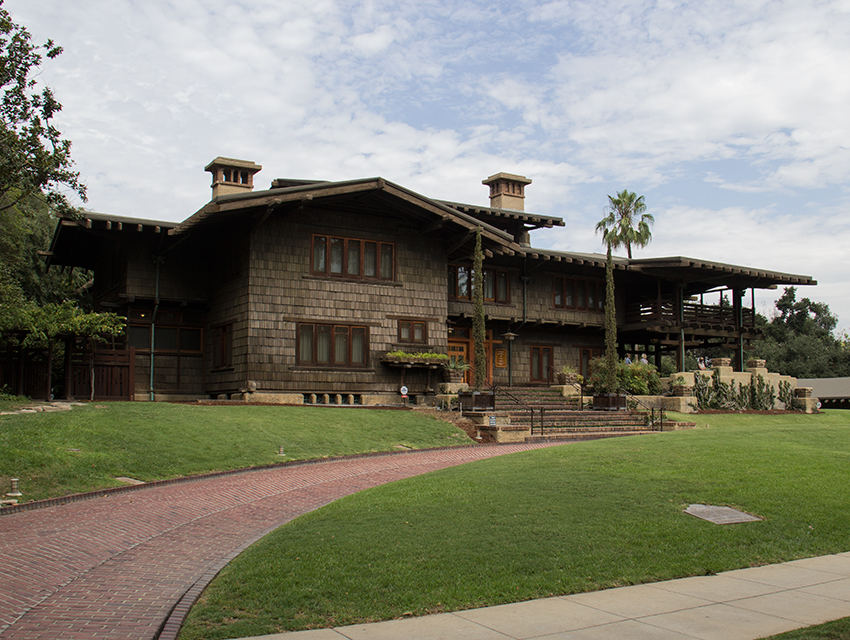 For the next two weeks, Pasadena’s Gamble House—the Craftsman masterpiece designed by brothers Charles and Henry Greene—is opening its doors extra wide for an extensive “Upstairs Downstairs” tour. In addition to covering all the same ground as the regular tour, this one takes guests through the rarely seen basement and servants quarters (rarely seen, that is, unless you’re one of the two lucky USC architecture students who live there during the school year). “Upstairs Downstairs” focuses less on the architecture and more on the personal history of the Gamble family and their servants (hence the reference to the 1970s TV show of the same name).

On the tour you’ll see the room of the family’s beloved Croatian cook, Ljuba Sirolla, who baked cookies for college-bound Gamble boys. In Sydney Gamble’s room, you’ll learn about the book he wrote there—Peking: a Social Survey, based on his many travels in China—and his mother Mary’s pride at seeing it on the shelves of Vroman’s. You’ll hear of Clarence Gamble’s fondness for rollerskating and his role as unwitting chronicler of valuable family history.

The tour is rife with details of the Gamble family’s personal matters—details recently uncovered by Gamble House curator Anne Malleck in a a treasure trove of letters, journals, and photographs in the Schlesinger Library at Harvard.

“I was tearing up!” said Malleck, a self-described Edwardian-at-heart who has worked at the house for 12 years. “Clarence had those one-line-a-day journals from 1908 and 1909 and there were photographs from the Gambles’ Asia trip. Before this we had nothing!”

The tour is built around the Gamble family stories Malleck discovered, as is the new book The Gamble House: Building Paradise in California, on sale now in the Gamble House gift shop. “Upstairs Downstairs” runs three times a day, Thursday through Sunday until August 16.

Doc Brown’s House from Back to the Future