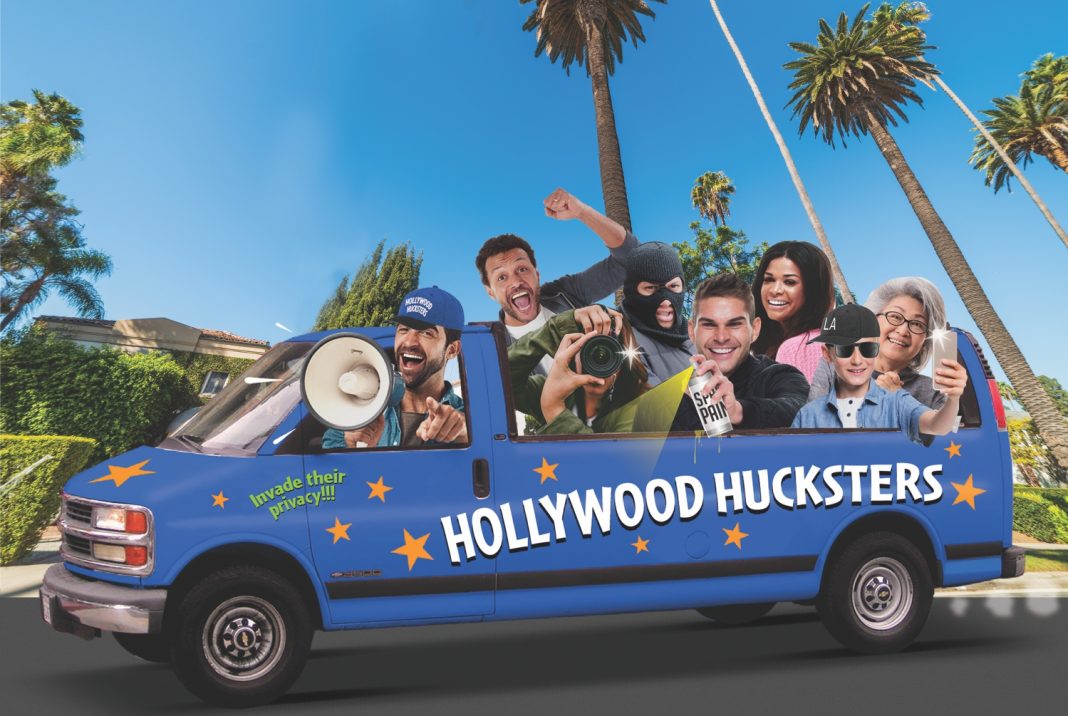 Every weekend D.V. DeVincentis watches a relentless parade of tour buses stop in front of the house opposite his on Mulholland Drive. Gesturing at the estate’s opulent gates, guides regale rapt busloads of tourists with tales of the home’s supposedly notable inhabitants. Some say Britney Spears once lived there. Some claim it’s Quentin Tarantino’s crib. In reality, it’s just the home of DeVincentis’s (very normal) neighbor. “She’s not famous,” he says. “They’re just telling people whatever they want to hear.”

DeVincentis is one of many Hollywood Hills residents weary of the ubiquitous tour buses that haul out-of-towners through their neighborhoods to gape at “celebrity” houses. With tourism in Los Angeles raging—last year the city hosted an unprecedented 50 million visitors who poured $24 billion into the economy—the handful of tour bus operators a decade ago has exploded into dozens of sometimes sketchy outfits without permits, insurance, or even a passing acquaintance with which stars actually live where.

The mutual loathing between the drivers and townies manifests itself predictably.

Says DeVincentis: “I’ve had drivers berate me, run me down the street” after “nicely” asking them to move the vans parked outside his neighbor’s house. David Squires, who manages drivers for Beverly Hills & Tours, recalls that “once, near the Playboy Mansion, somebody with a ski mask came up to a bus with a baseball bat, trying to smash the windshield.”

“It’s like listening to a drunk carnival barker screaming through a P.A. system outside my window.”

Aside from the disruption—“It’s like listening to a drunk carnival barker screaming through a P.A. system outside my window,” says DeVincentis—the almost comically inaccurate information dispensed by some guides has led to serious safety issues and even litigation. Tour bus patrons dumpster dive for celebrity keepsakes, however meager, and trespass to take pictures through the windows of purported celebrity homes while the buses wait.

After his 9,000-square-foot estate was repeatedly mislabeled as the home of Julia Roberts, Beverly Hills homeowner Michael Edson received death threats, was assaulted by an intruder he caught painting mash notes to Roberts on the walls, and awoke once to a single rose left on his table. Edson successfully sued the Las Vegas-based company that operated the tour buses.

In 2017, following a federal investigation, laws requiring operators to install seat belts and headsets were passed, but locals say enforcement is spotty. Many small tour operations drive crudely modified vans with the tops removed; one spontaneously burst into flames near a Mulholland overlook. “Fortunately the people got out,” says Mann, “but those flames could have easily caught the whole area on fire.”

Since passing an ordinance last year requiring the use of headphones on tour buses, City Councilman David Ryu has pushed for additional restrictions; his office will soon present draft legislation to the council. “[The buses] are dangerous not just for residents but actual tourists,” says Ryu. “It’s not a good image for the city of L.A.”

Scott Michaels, whose Dearly Departed tours focus on Hollywood history, doesn’t think the ordinance is fair to his customers. “People literally come from all over the world to see Hollywood,” he says. “The [Hollywood] Sign is everyone’s thing, and that’s something I feel strongly about.”

DeVincentis just hopes the new law will finally let him enjoy a peaceful Sunday. “I’m not out there with a fucking torch and pitchfork,” he declares. “All I want is to stay in my house and be left alone.”

RELATED: Why Doesn’t L.A. Have Any Open-Top Double-Decker Buses for Public Transit?

Who’s Getting Money from Whom? A Closer Look at the Huge Fundraising Hauls in Notable L.A. Races

The Battle Between Nithya Raman and David Ryu Is a Glimpse at the Future of L.A. Politics

The City Will Now Issue Pandemic Relief Funds for Artists