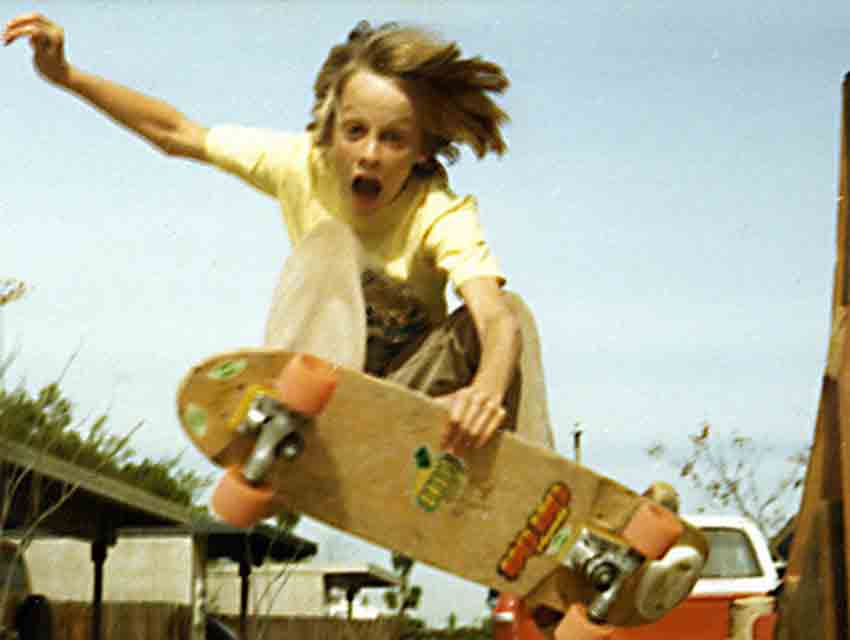 Tony Hawk is throwing his 12th annual Stand Up for Skateparks Benefit this weekend. Famous faces like Ben Harper, Fred Durst, Eve, Johnny Knoxville, and Max Greenfield will hang out and enjoy a vertical skating demonstration at Ron Burkle’s Beverly Hills estate. It all sounds really fun—but there’s a bigger purpose, too: raising money for the Tony Hawk Foundation, which helps fund the installation of skate parks in low-income neighborhoods across the country. The foundation’s to thank for several skate parks in Los Angeles, and, if all goes according to plans, in 2016 they will celebrate the completion of a long-discussed skate park near the Watts Towers. We asked Hawk about that project and why he’s still going full out for the sport he redefined.

It’s the Tony Hawk Foundation’s mission to help put skate parks in low-income communities. Why?
The process of getting one empowers the youth of communities to help themselves, to take the initiative and work with cities and create something positive in their environment. More than that, it allows kids who chose something different than normal, mainstream sports to feel like they are validated and have a place to go to do something healthy. A lot of times in these communities the kids are largely discouraged from skating, and maybe it’s something they’ve found, something that has a positive impact on their lives and they’ve been told they can’t do it only because there is no facility. That could turn them away and give them a negative perception of their community.

Skateboarding is cast differently than sports people traditionally think of as after-school pastimes. Does it offer kids any benefits that those sports don’t?
There are many benefits. It’s definitely physically challenging. It’s a great form of exercise. It’s very creative, so there is an artistic side of it. People try to develop new skills in a way that feeds off each other—there’s sort of a group effort to progress skating. People do it in their own styles and figure out different techniques of doing existing tricks, and it’s all with a lot of camaraderie as opposed to people just trying to be better than the next guy. You can do it at your own pace, in your own style. For me, skateboarding was a blank canvas. There was no prerequisite, no laws in place. That’s what I loved about it. It’s a community of artists.

Do you ever think about where you might be if you didn’t have skateboarding as an outlet? If you didn’t have access to a skate park?
I think about it all the time, because it’s one of the catalysts for doing the foundation. I knew how lucky I was to grow up near a facility when there were only a handful in the U.S. That’s what I want to accomplish with the foundation: to have as many as possible. Not to breed professionals, but more to give these kids a sense of self and a place to do something that they love. Where would I be? I don’t know. I probably would have fallen into some regular career. I learned how to use computers at an early age and did video editing right when it started becoming non-linear, so I probably would have done something like that. It wouldn’t have been the challenge that I really wanted.

The foundation has helped fund skate parks in Compton, Long Beach, South Gate, San Pedro, and Highland Park. Does L.A. have it’s own reasons for needing skate parks?
The irony is that when skate parks started to spring up in the early millennium, there were none in Los Angeles. There were none for an embarrassingly long time. Considering that it is considered the birthplace of skateboarding, it was so sad that L.A. didn’t have a place like that. I think people just assumed, Well, L.A. must have places because it’s always been strong there.

Also, there are so many challenged areas of Los Angeles. It covers so much territory. I think that it should have the most skate parks per capita. [THF Programs Director] Peter Whitley did a survey recently to find out how many skate parks it would take to accommodate a city considering the population areas and the low-income levels—and Los Angeles was the most deserving.

Like you said, L.A.’s considered to be the birthplace of skating. The Dogtown guys especially come to mind. But has skating in L.A. changed?
I think that people have an appreciation for those roots, but if you really look at who is skating and the acceptance of skating, it’s crossed so many boundaries. The cool kids in school are skating these days. That just wasn’t the case when I was growing up. I grew up around the Dogtown era. You were considered an outcast for riding your skateboard. Now people aspire to be professional. Los Angeles is still in many ways the epicenter of skate culture, except it’s not Dogtown now. It’s more like the shoe manufacturers and the skateboard industry.

There have been plans to put a skate park in Watts in the works for years. What’s the status of that project?
It’s going to go in a different place than originally opposed, but it is within the gang-neutral zone defined by the LAPD. We expect to get started next year. We expected to get started a few years ago, but things kept changing there and we didn’t want to come in and ruffle the already fragile community of artists and what’s happening with redevelopment. We don’t want to trump that.

Watts is iconic as a neighborhood of Los Angeles that’s challenged, and a skate park would fit right in. I guarantee when that part gets built, it’s going to be used all day long, from sun up to sun down, which you can’t say about other sports facilities.

What do you want the Watts community to know about the proposed park?
That I think it will give kids who maybe feel disenfranchised a sense of community and a sense of self-confidence and a play to share ideas and find like-minded kids. It could really be a hub of creativity and a safe place to gather.