Home Politics You Won’t Be Seeing California Billionaire Tom Steyer in the Next Dem... 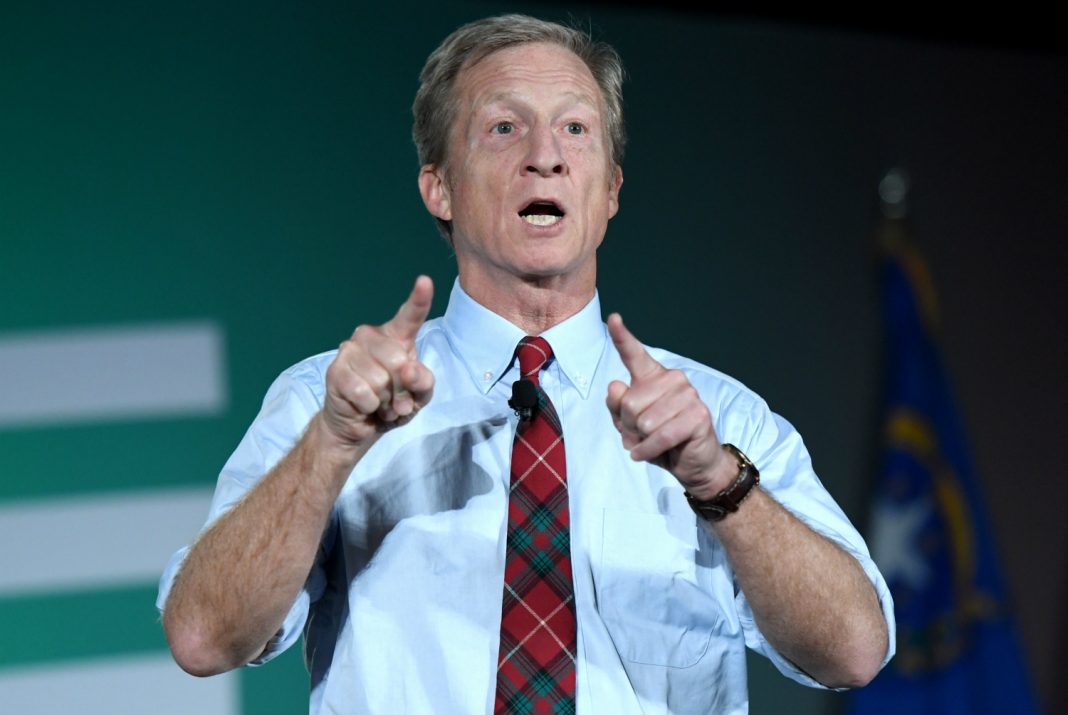 With just hours to go before the midnight deadline to qualify for the third Democratic Primary debate next month, former hedge fund investor and self-proclaimed populist Tom Steyer has failed to make the grade. While Steyer won the necessary 130,000 donors to take the stage, he got 2 percent of the vote in only three out of four qualifying polls.

His shortfall is certainly not for a lack of lack spending. In just six weeks, Steyer has spent $12 million on digital and TV ads, more than any other democratic candidate has spent all year the New York Times reports. And Steyer, who has never held elected office, has set his overall budget at $100 million, more than the top five democratic candidates’ budgets combined.

Steyer’s ads and stump speeches often feature the tagline, “Our democracy has been purchased”—and the irony is not lost on his fellow candidates.

“The Democratic primary should not be decided by billionaires,” Elizabeth Warren tweeted the day Steyer entered the race.

Steyer nonetheless insisted in one ad, “I am an outsider in this race.” He has also labeled Warren, as well as Bernie Sanders, “part of the establishment.”

Despite having passed through Exeter, Yale, Stanford, Morgan Stanley, and Goldman Sachs, some of Steyer’s ads lament the influence of “the powerful and well-connected” in politics. But Steyer’s TV and internet spots demanding that Trump be impeached have seemed to draw the most attention.

Steyer’s TV spots ($7 million spent there alone so far) have especially frustrated his fellow candidates, who had hoped to have more airtime to themselves in early voting states like Iowa, New Hampshire, South Carolina, and Nevada. He’s paid up to $10,000 for one 30-second spot in Boston to reach the small fraction of New Hampshire voters there, and his ads run seven days a week on Black Entertainment Television in Cedar Rapids, with some spots costing as little as $11.

Still, many of Steyer’s rivals have been loath to call him out on his spending. “Activists and Democratic officials have generally been muted in their criticism of a top party financier who has spent hundreds of millions of dollars in the past decade. Many privately acknowledged having received Mr. Steyer’s funds in the past and said hopes for his money in the future had kept them silent,” the Times says.

Although Steyer didn’t make the cut for next month’s debate, there’s still plenty of time for his particular brand of earnestness to catch on with more voters. At the Iowa State Fair earlier this month, he seemed genuinely shocked to find out that some democratic hopefuls were flying private planes.

“I’d love to know who’s flying private planes,” he said. “How do you find that out?”

RELATED: The Biggest Loser: Why Trump Couldn’t Hack It in Hollywood