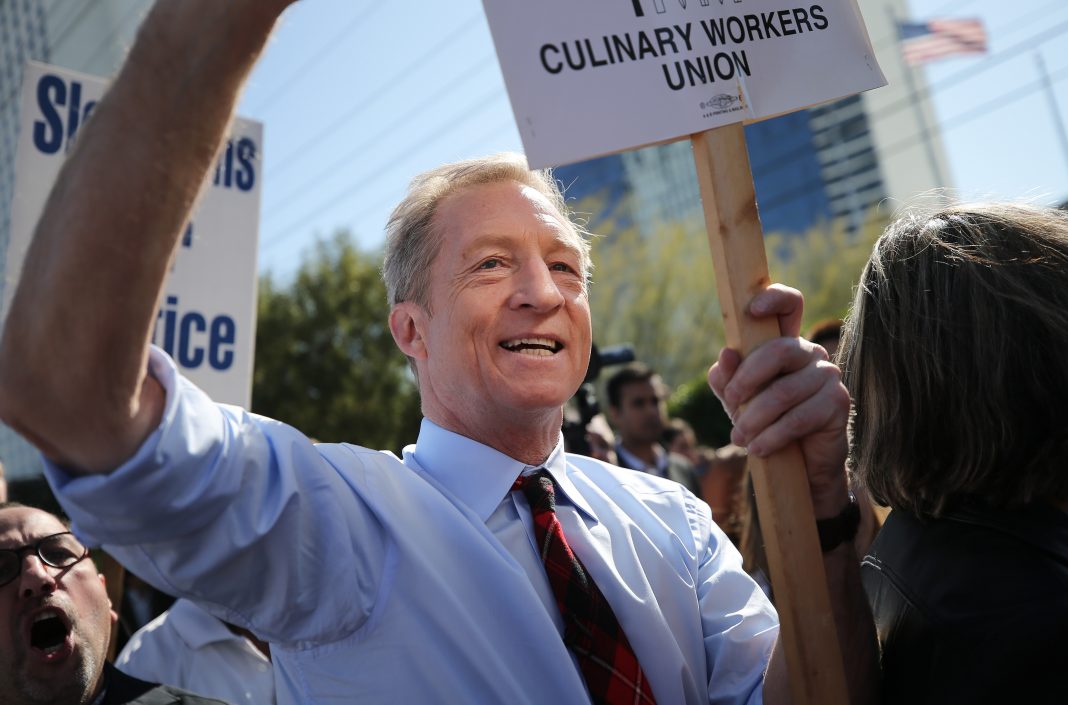 Pointing out that “we are now in a pandemic-induced recession here in the state of California,” Newsom said Steyer’s success in business makes him an ideal candidate to oversee the state’s recovery efforts.

The task force will prioritize those most at risk from both the health and economic devastation wrought by COVID-19, according to Steyer, who ended his presidential campaign in late February after failing to gain traction among Democratic voters. “I think it’s absolutely critical at the outset to point out that resource-starved communities have been hit the hardest by this and are suffering the most and disproportionately, and that any equitable recovery plan is going to have to put those communities front and center,” Steyer said.

Steyer, whose net worth is approximately $1.6 billion, won’t be paid for the position. Prior to launching his bid for president, Steyer was behind Need to Impeach, a political group that existed to loudly advocate for Donald Trump’s removal from office. Just last week, Steyer dissolved the group, and word was it would “evolve” into Need to Vote, a “movement to hold Republican Senators and the President accountable,” according to NBC News. Steyer reportedly spent $75 million of his own money on Need to Impeach’s efforts

“This is an unprecedented situation,” Steyer said of the COVID-19 afflicted economy, “but the idea of shared prosperity is not one that’s new to me.”

Newsom Swears He Won’t Run for Prez, No Matter What Joe Biden Does