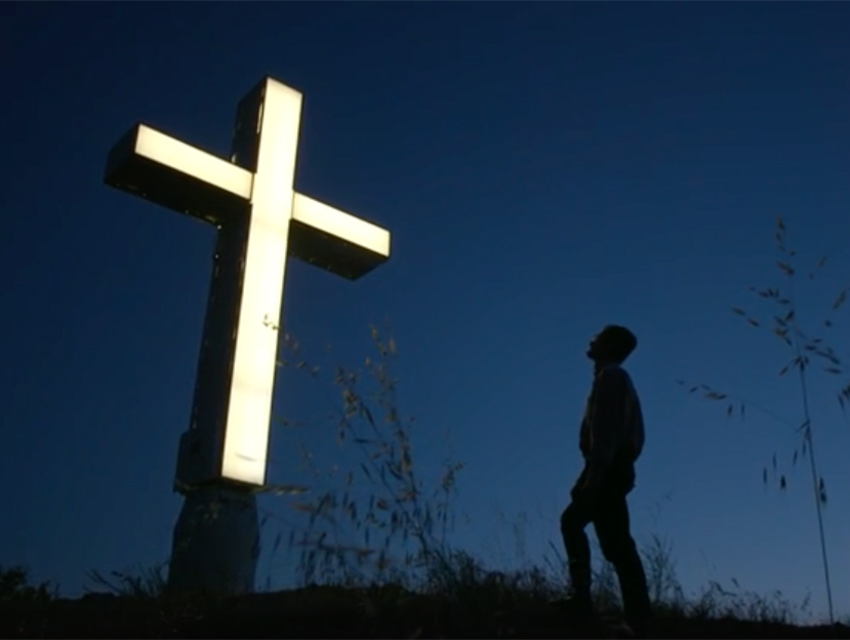 Tom Carroll—the bespectacled, skateboard-riding, Huell Howser for millennials—is back. His latest YouTube tour of an off-the-beaten-path L.A. location is more ambitious, typographically adroit, and chock-full of archival images than ever.

When the glow of the massive cross up in Hollywood Hills lures him to research the history of the Ford Amphitheater, Carroll learns of its beginnings as a religious spinoff of the Hollywood Bowl that ran the same Jesus play for decades (until it was banned). He also discovers that the theater is now undergoing a $66-million overhaul to bring it into the 21st century, while still preserving its knockoff ancient-Jerusalem style. Carroll dons a hard hat and brings a camera behind the scenes to check it out firsthand.