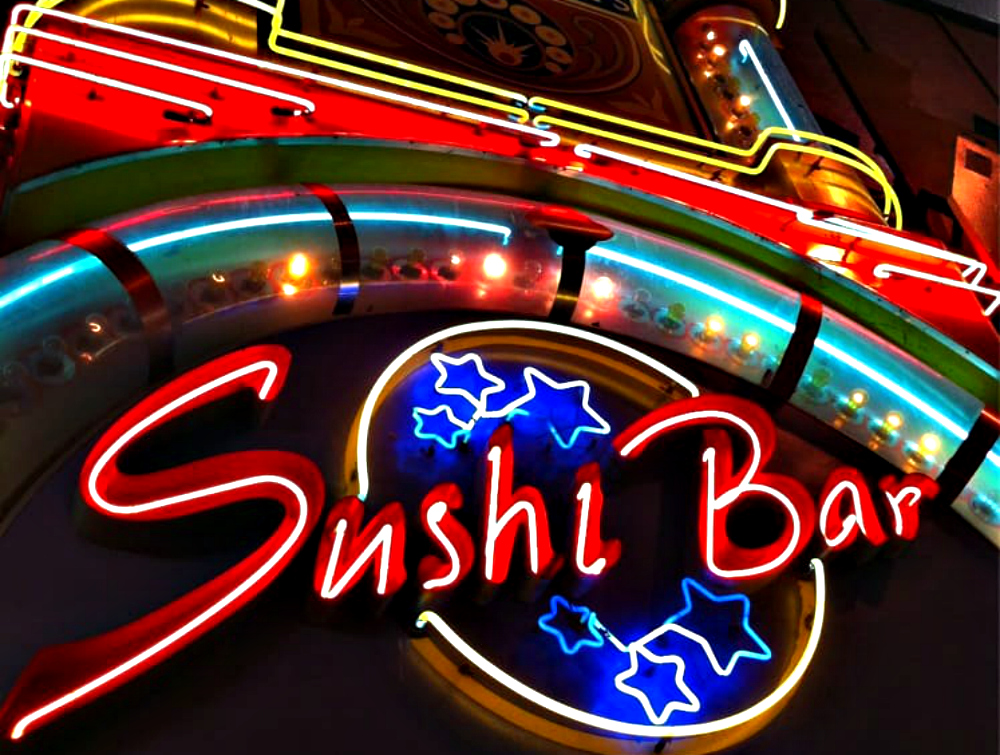 Firefighters arrived at the 5200 block of Lankershim Boulevard in North Hollywood around 5:30 this morning, responding to reports of what CBS L.A. described as a “massive fire.” The structure they found ablaze houses several businesses, including Tokyo Delve’s Sushi Bar, all of which were damaged—and it seems the stress of the incident might have boiled over into a fistfight between neighboring business owners over who is at fault.

Fire crews now have a handle on this morning’s #Noho fire which they say may have impacted 5 businesses @CBSLA pic.twitter.com/mOitpsIx9k

The fire spread quickly through the 1933 building, according to Los Angeles Fire Department officials, damaging much of the roof, blowing out windows, and damaging equipment and plumbing. Over 100 firefighters responded to the scene and spent several hours working to extinguish the flames. The department’s arson division was on hand to investigate.

Didn’t even get to the office yet and news found me. A row fire severely damaged several buildings in the NoHo Arts District this morning including Tokyo Delves, District Pub, Joe’s Coffee and a few others. Witnesses said a fight broke out between business owners after the fire. pic.twitter.com/GCI4UOQH8t

While there were no injuries involved with the fire, one man reportedly was taken from the scene with non-life-threatening injuries he sustained outside the structure in a fight with two other men that broke out while the firefighters were working. Witnesses told KTLA they believed the men were owners of businesses in the complex, fighting over who could be blamed for the fire’s spark. All three were arrested by police, two for battery and one for a warrant violation.

LAFD Captain Erik Scott who spoke to reporters at the scene was not able to confirm the identity of the fight participants, telling KTLA, “There are two individuals that appear to be in handcuffs. … Exactly what transpired is yet to be determined.”

The Tokyo Delve’s Sushi Bar is something of a local landmark. Opened in 1986, it is known as a quirky spot where guests go less for the quality of the fish than for the raucousness of the scene. The weekend-only spot was known to serve hundreds of sake bombs a night as patrons danced on chairs and tables to the tunes of live bands and impassioned karaoke performances.

RELATED: California Is Entering an Era of Endless Wildfires