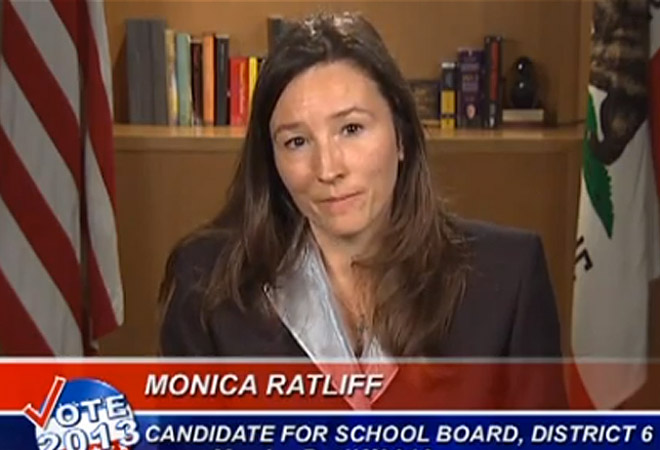 According to the official ballot, Monica Ratliff, a fifth grade elementary school teacher, faced a single opponent in Tuesday’s runoff election for an open seat on the LAUSD school board. However, her narrow victory was not merely over 31-year-old political operative Antonio Sanchez. She also defeated such rivals as L.A. Mayor Antonio Villaraigosa, who opposed her through his Coalition for School Reform, New York City Mayor Michael Bloomberg, who poured $350,000 into the runoff alone, and the US Supreme Court, whose Citizens United decision had allowed Sanchez’s supporters to funnel over $2 million in “independent” advertising on his behalf. Ratliff, for her part, was lucky to raise over $50,000. LAUSD board member Steve Zimmer similarly prevailed in March despite being vastly outspent by the mayor’s coalition. On the board, Zimmer had supported Superintendent John Deasy’s initiatives at least as often as he opposed them. Ratliff, similarly, didn’t at all run as a teacher’s union cat’s paw, praising some of Deasy’s policies if not embracing the total package. The UTLA, for its part, gave its endorsement to both her and Sanchez. For the reformers who make up the mayor’s coalition, such independence is no substitute for lockstep obedience to the LAUSD’s reformer in chief. Voters disagreed.