Home Uncategorized To Hush or To Hector? 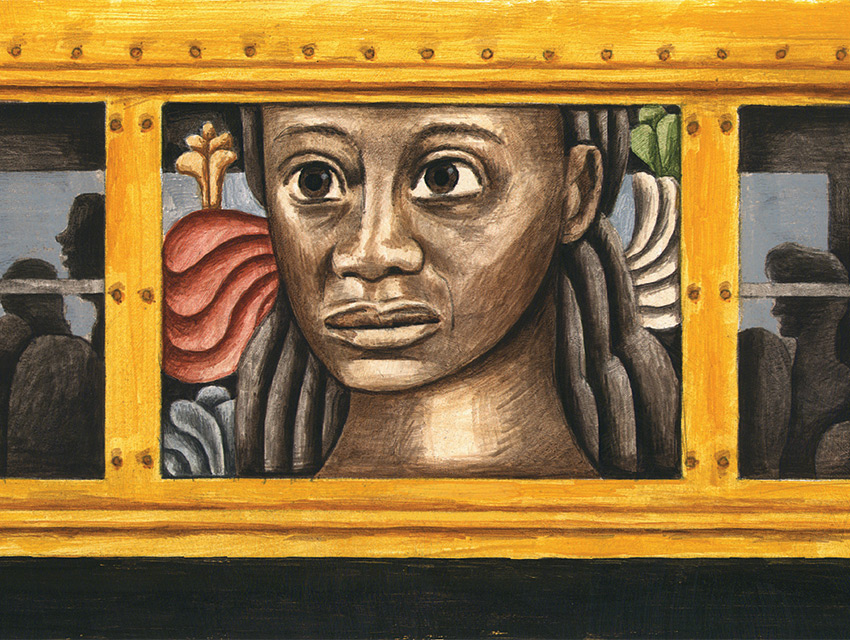 Last fall I was at a wedding reception in Beverly Hills, chatting easily with my just-met tablemates and feeling very much a part of things, when a woman to my right, a recent arrival to the city, asked where the best schools were in Woodland Hills. As another woman began to answer, my heart caught in a kind of warning: Here it comes. L.A.’s public schools had been more or less fine until busing started, she said—then they’d gotten dicey. Not to worry, she continued, now that busing had ebbed, the situation had improved. The new arrival nodded in understanding and went back to her goat cheese salad.

Nothing overtly derogatory was said by these women. They hadn’t singled out African Americans and their tortured attempts at integration as the root cause of the enduring diceyness and mediocrity in public schools that had to be patiently waited out, like a plague. But for me things had changed in an instant. I was no longer the urbane journalist who felt like I belonged everywhere I went. I was the wary ten-year-old who in 1972 was bused to a very white school in Westchester from my home in not very far away but very black South-Central.

Definitive moments from that time and its aftermath played in my head, as they so often do: My friends and I were tolerated more than welcomed at our new school, where the whites soon left in droves; my neighborhood schools declined year after year. In retrospect part of me was proud to be in a vanguard of change; another part was deeply troubled that such change entailed a wholesale devaluation of my own community from which it is still struggling to recover. Nor did integration guarantee the chosen ones like me anything resembling equality. Years later, as a grad student at UCLA, I was accused by a professor of sounding too stupid to be as facile a writer as my term paper suggested I was.

I was at a loss for words then, just as I was now with my fellow wedding guests. The idea of even trying to put in my two cents felt ludicrous. While my experience was undeniably relevant, I knew that if I injected any of it into this seemingly innocuous conversation about children and schools—and at a blessed occasion, no less—I would be regarded as oversensitive or out of line.

This is the strange impasse at which many blacks find themselves in 2012: seen but not known, acknowledged and invited to the table but subtly silenced when we get there. I am fortunate to have been born and raised in the frontier of L.A. by parents who escaped early the inequities of Louisiana and the South. But ulti-

mately I keep myself to myself because too much of what I have to say and too much of the experience that makes me who I am is not what whites, liberal or conservative, want to hear. In even the most casual settings, it doesn’t take long before my life and worldview threaten the racial innocence people are determined to maintain at all cost, an attitude lately known as postracialism. I am listened to only to a point. Call it a Jim Crow of the mind.

Once the word race evoked big themes and moral questions. But today race is like diversity, dialogue, tolerance, healing, excellence, and all those other hollow catchphrases Angelenos adopted after the 1992 unrest. The language sounded empathetic enough. But over time it has mostly served to smooth the critical edges from the underlying problems of race and inequality that made ’92 blow up in the first place. Twenty years later we have talked ourselves so far away from that original problem that bringing it up in mixed company (that is, any company that isn’t all black and/or politically progressive bordering on radical) is at best a faux pas.

However good our intentions may have been, we have universalized “race” and the related civil rights transgressions to the point where both have been practically severed from their black origins. So it is that we have vigorous movements for immigrants’ rights and gay marriage rights that model themselves on the battle for black equality but put that particular battle in the past.

I did eventually speak up at the wedding reception. As evenly as possible I said I had been bused from South-Central years earlier and didn’t appreciate the insinuation that people like me had sullied things for people like them. I left out my unresolved feelings about busing, chiefly because I’m still sorting them out for myself. My contribution didn’t go over well; the goodwill we strangers had forged one hour before melted into near silence. I went home early.