Home Uncategorized To Build or Not to Build the Delta Tunnels 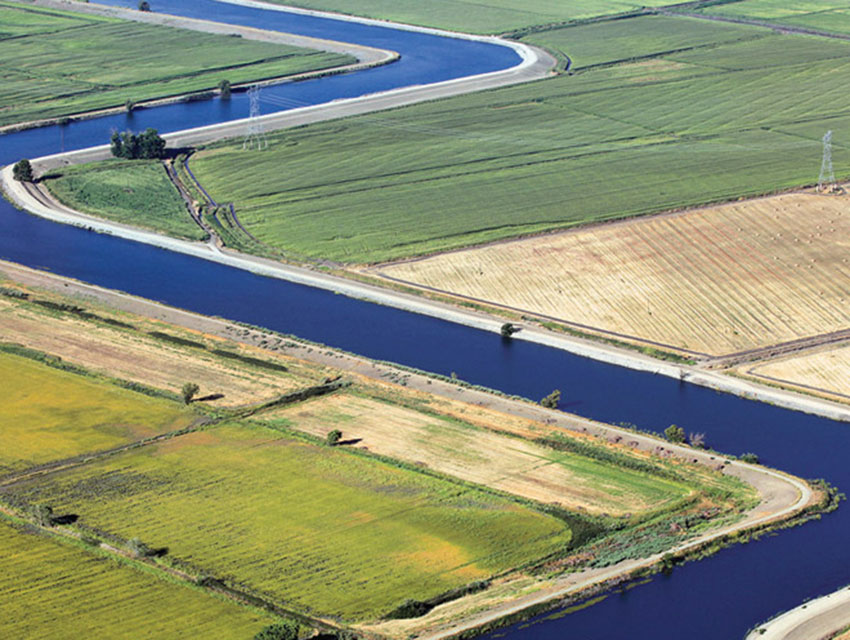 A Twitter feed? A reality show? Whatever it is, the Sacramento-San Joaquin Delta needs something to boost its name recognition in Southern California. Supplying a third of the region’s water and vast tracts of farmland, the delta is where the San Joaquin and Sacramento River systems, which drain the Sierra Nevada, mingle with the salty tides of San Francisco Bay. Divided up with earthen levees more than a century ago in order to cordon off the water and make room for people, it’s become a crazy quilt of islands, farms, suburbs, roads, shipping channels, bridges, pumps, and aqueducts. More than 25 million people and a huge chunk of the state’s economy rely on the delta. And it is in trouble: The delta is at the center of a historic court brawl between farmers and fishermen, and its infrastructure is so challenged that a natural disaster could cut off the flow of water from the area, which would be catastrophic.

Eighty-five percent of the state’s remaining salmon swim through the delta. There are also steelhead, sturgeon, striped bass, and delta smelt, a tiny species protected by state and federal laws. Millions of fish die each year after being sucked into the two massive pumps at the delta’s southern end that send water to areas beyond, hastening the plight of the smelt and commercial salmon fishermen alike. The pumps are so strong, they draw seawater far inland, creating brackish conditions that interfere with fish feeding and spawning. So beginning in 2009, federal courts ordered water users to cut the amount they take from the delta by up to 20 percent, impacting farms and cities in Southern and Central California.

Looming over all of this is a doomsday scenario: The delta’s levees, some protecting farmed islands that have subsided to nearly 25 feet below sea level (think New Orleans), could be overtopped—either by a huge storm made worse by a rise in sea level from global warming or by an earthquake. The sunken islands would be flooded and ocean water from the bay would flow in, causing the pumps to shut down before they send saltwater into the fields and taps beyond. A worst-case breach might pinch off the flow for 12 to 18 months. A plan being pushed by Governor Jerry Brown and backed by several large water agencies would try to go around the troublesome delta by building two giant concrete tubes underground that would suck water directly from the Sacramento River (the source of 85 percent of the freshwater sent south) 40 miles north of the existing pumps. The stated price tag of $24.5 billion—triple that with interest—would amount to the most expensive public works project in California’s history, funded by you, the taxpayer.

To build or not to build the delta tunnels?

People resisted constructing the Erie Canal. And the fight over the L.A. Aqueduct is legend. Nothing of such scale and cost is without controversy, but the delta tunnels are especially fraught—not just because they deal with water (the West’s third rail), but because the plan is so flawed. Here, a sampling of arguments for and against:

Build!
Pulling water straight from the river 40 miles away, the tunnels would bypass the existing screens that fail to prevent fish from dying in the pumps.

Don’t build!
Some fish, such as the endangered delta smelt, might benefit from the tunnels. But many biologists expect they would doom the endangered Chinook salmon and steelhead that spawn in the Sacramento River. Improving the delta pumps’ 40-year-old fish screens instead would cost no more than $2 billion.

Build!
Even if the levees are overcome or breached in a natural disaster, the tunnels would still provide fresh river water to the pumps.

Don’t build!
There’s no way to safeguard the main aqueducts that crisscross major fault lines as they bring water to L.A. At a cost of up to $4 billion, according to the Delta Protection Commission, levees could be shored up to cope with storms and quakes.