Home Architecture Should We Replace Homeless Shelters With Tiny Houses?

Earlier this year, Mayor Garcetti announced a plan to fund 15 temporary shelters in every City Council district to help ease the region’s homelessness crisis. The first of these—a cluster of four metal co-living trailers in downtown’s El Pueblo historic district—was erected in September. As officials scramble to approve sites for the others, students at the ArtCenter College of Design have been rethinking how future pop-up developments might look.

Under the guidance of Professor James Meraz, a handful of Environmental and Product Design students spent two semesters creating prototypes for pint-sized “bridge housing” dwellings, which would serve as pathways to permanent homes. Inspired by meeting with Garcetti in which he asked local architecture institutions to come up with design-driven solutions for homelessness, the project sought to address concerns about safety and privacy that sometimes arise in traditional shelters. “We took a more human-centered approach,” Meraz says.

During the studio (called Sanctum), students spent time serving and interviewing homeless Angelenos, learning about the day-to-day problems they face. The three units they came up with are meant to sleep one or two people, but can be arranged to create communal spaces. “I think it’s important to think about these not just individual ideas,” Meraz says, “but how they can relate to each other.”

Made of inexpensive, lightweight materials like plywood, glass, and “eco-cell” (a cardboard-like material), each prototype cost between about $2,000 and $6,000 to build, though Meraz says the price would go down with larger-scale production. While there are no plans to deploy the dwellings at actual sites yet, Meraz says he’s working with the city to try to make it happen. If approved, he hopes the modern, aesthetically-appealing units would help cut down on anti-shelter sentiments that have cropped up in communities like Koreatown and Venice. “It’s the first step to get people off the street,” he says. “Why not have a good design that would be acceptable?”

Here’s a peek at what the students came up with. 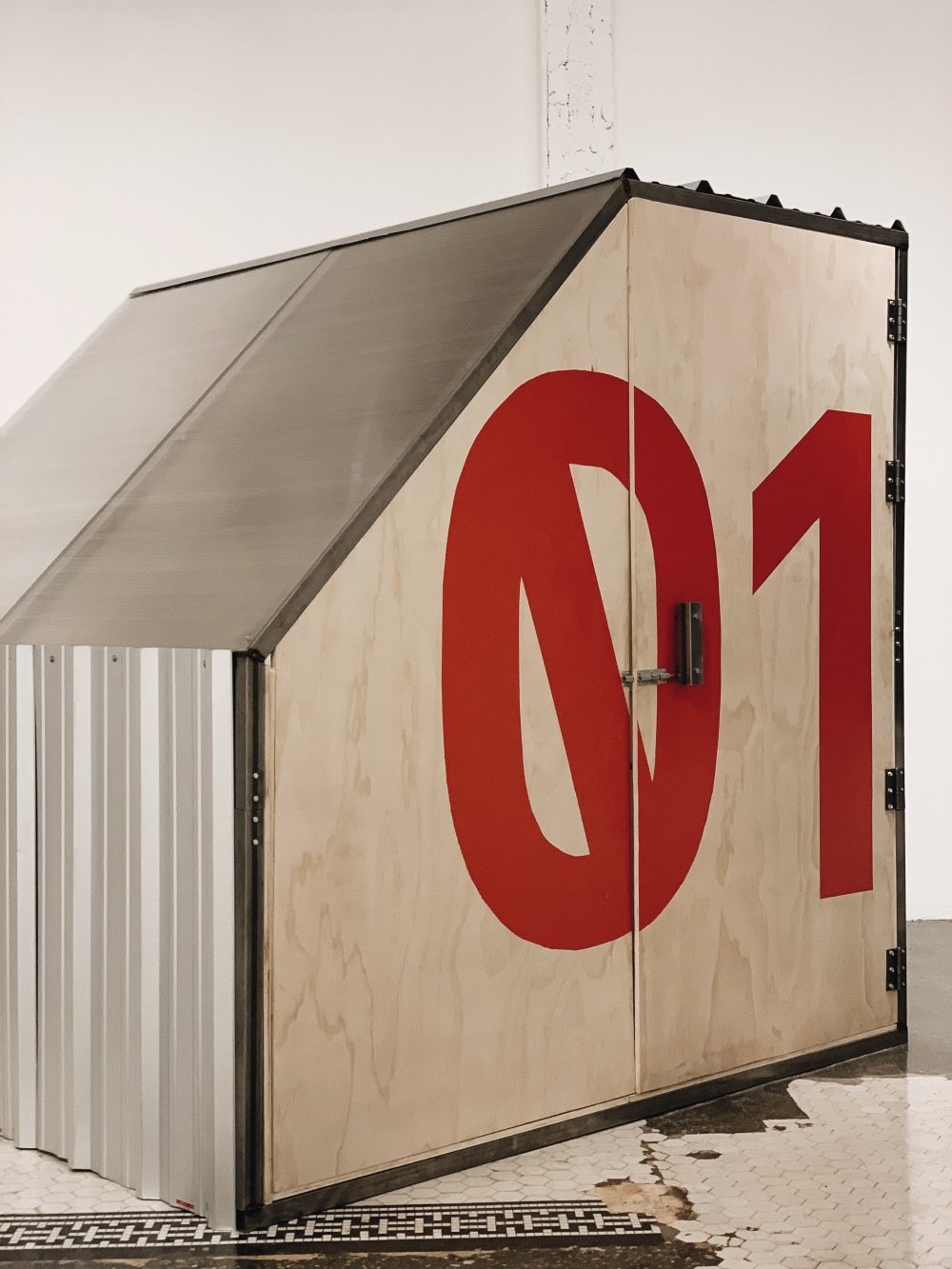 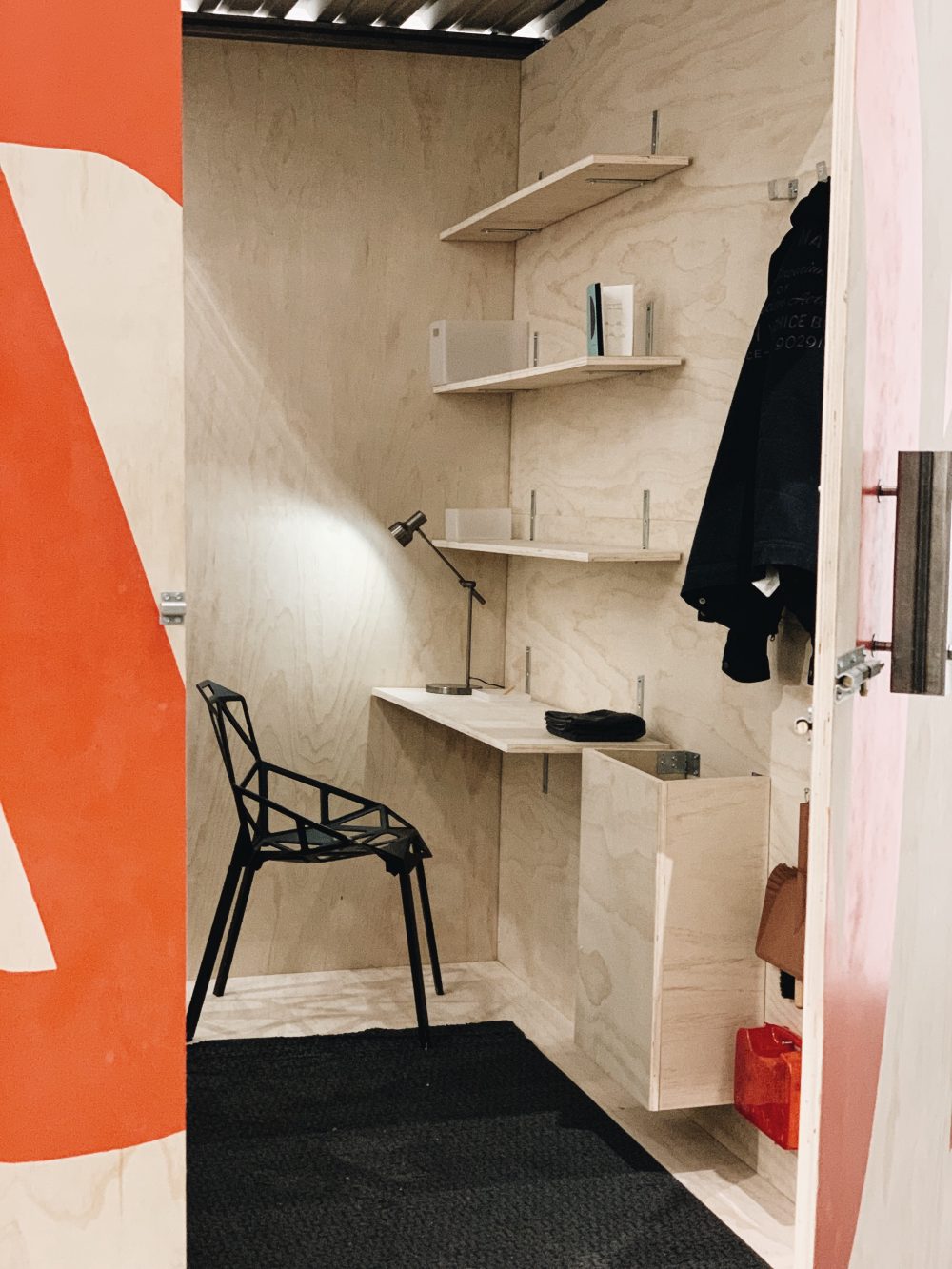 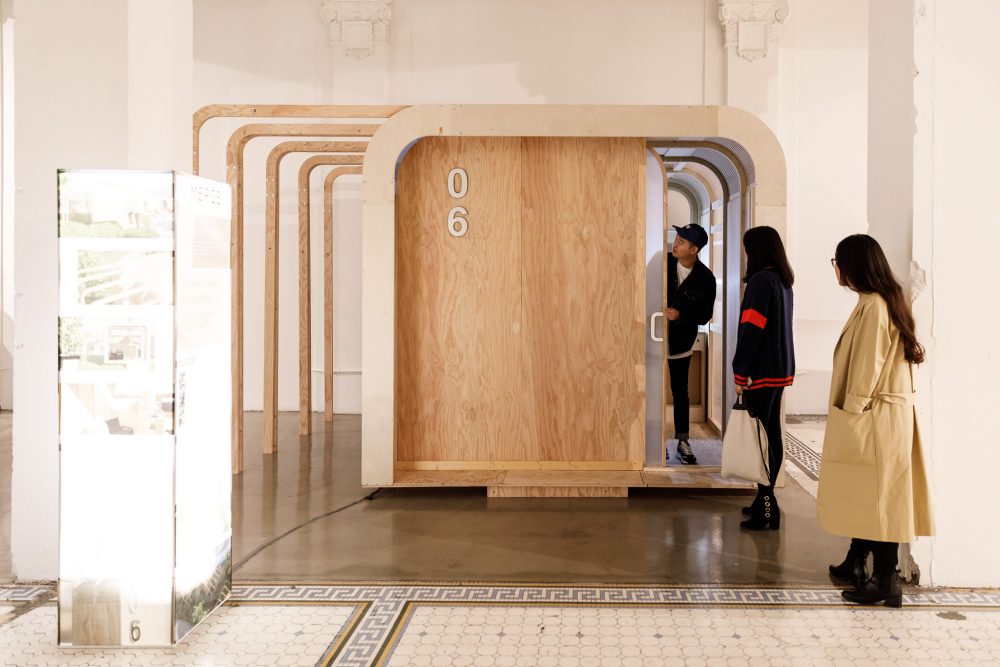 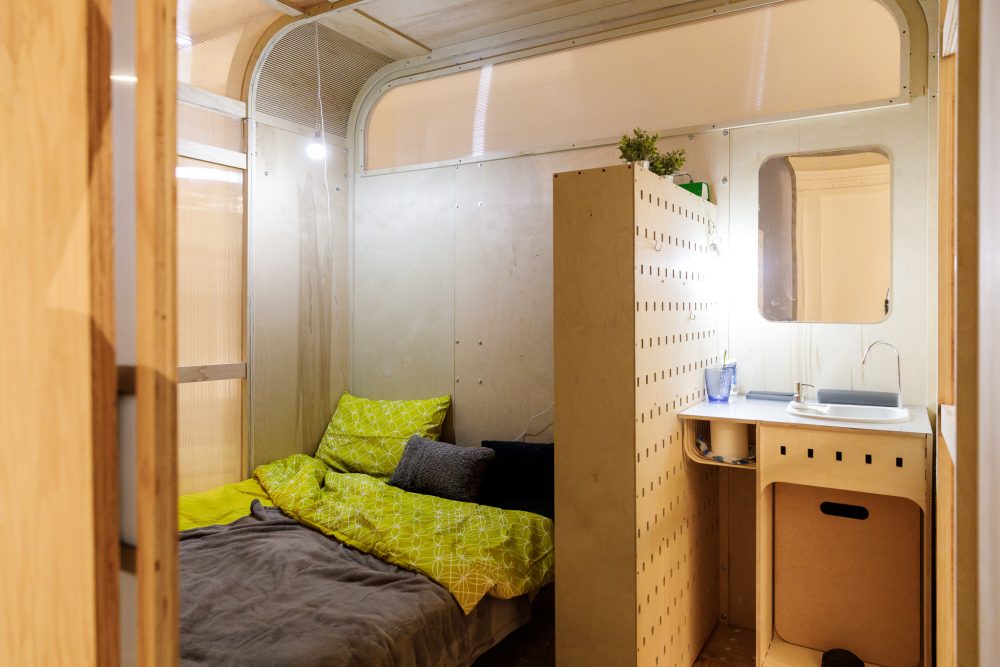 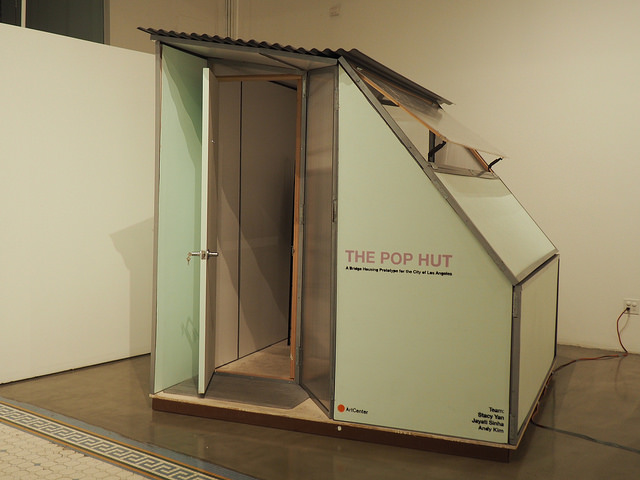 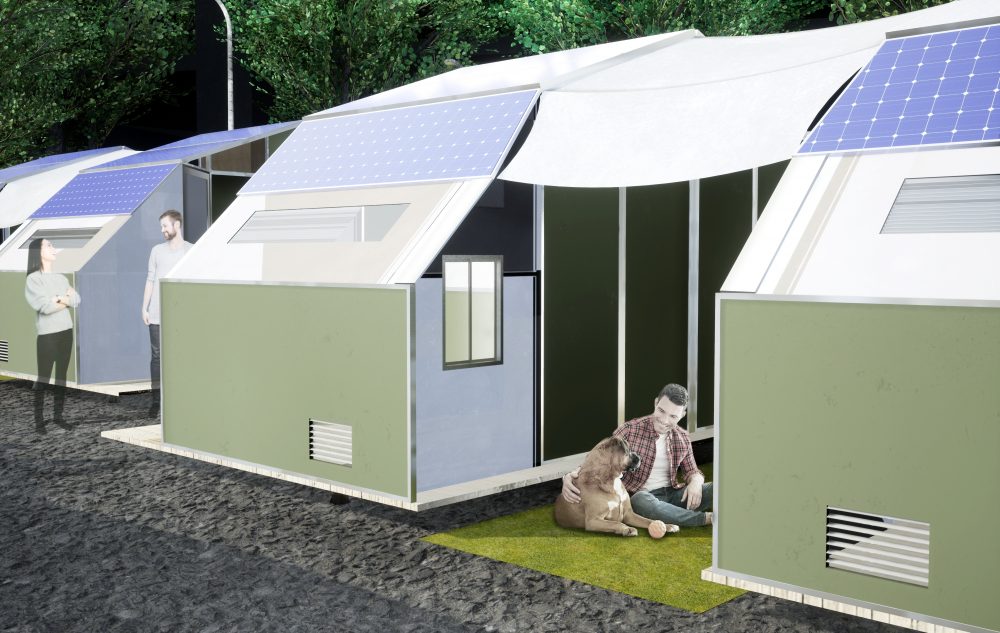 RELATED: Here’s How You Turn Shipping Containers Into Housing for the Homeless