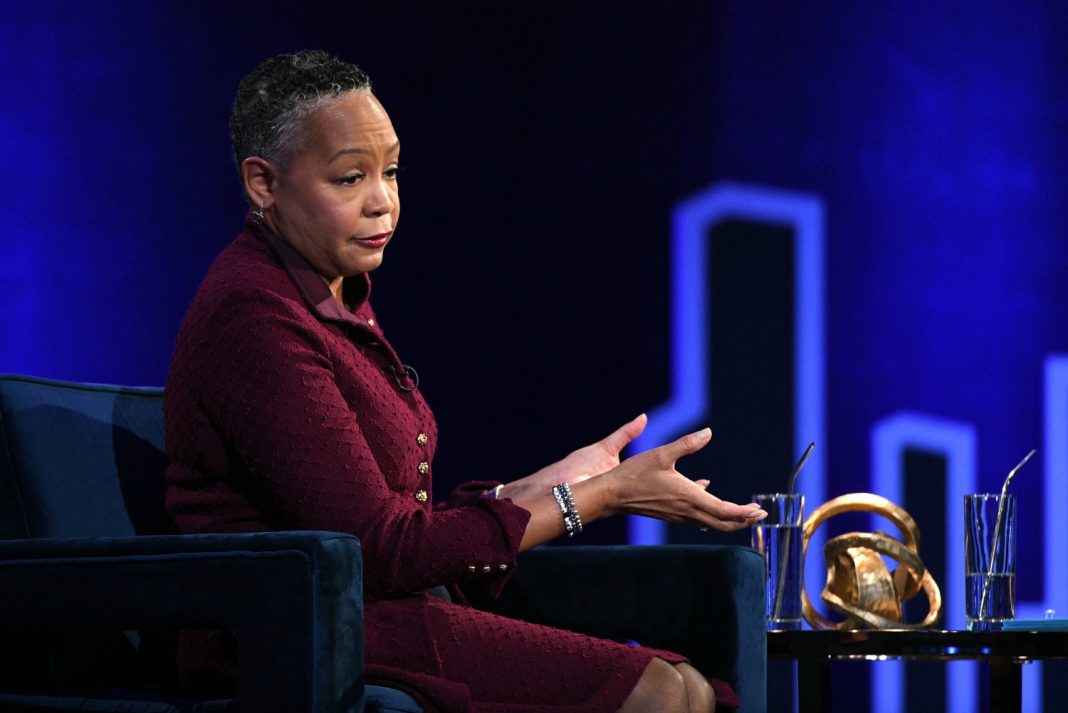 Lisa Borders, CEO and president of the anti-sexual harassment organization Time’s Up, officially resigned this week after accusations that her son had sexually assaulted a woman in Los Angeles.

“Lisa Borders informed members of TIME’S UP leadership that sexual assault allegations had been made against her son in a private forum,” the organization said in a statement released early Friday.

“Within 24 hours, Lisa made the decision to resign as President and CEO of TIME’S UP and we agreed that it was the right decision for all parties involved. All of our actions were fully guided by our support for survivors.” the statement continued.

According to the L.A. Times, Borders’ son, Garry “Dijon” Bowden Jr., 36, has been accused of inappropriate sexual behavior by a woman who came to him for a “healing session.” Thirty-one-year-old Celia Gellert, a yoga instructor, claims Bowden touched her genitalia, kissed her neck, and brushed his erect but clothed penis against her body during their encounter.

In an Instagram post, Gellert said, “I just reported my sexual assault- however you’d like to classify it today. I’m feeling powerful, fearLESS and ready to speak my authentic truth.”

Alan Jackson, an attorney for Bowden, maintains that his client was simply providing Gellert the healing massage she had requested. “My client vehemently denies that any inappropriate or non-consensual touching occurred at any time,” Jackson said. He showed the Times a text message exchange in which Gellert thanked Bowden and called the massage “gentle and loving.”

Until recently, Bowden offered a range of different services on his website, Dijon’s Dimensions, including a two-hour, $333 treatment called Shakti Invocation, meant to “calm the nervous system and awaken and energize your inner Shakti,” according to the Times. Shakti is the Hindu principle of divine female energy.

A few days after the session, Gellert reached out to Bowden to say that while parts of the session had been as advertised, she was left feeling “uncomfortable and violated.”

“It is so ironic to me that his mother is…was leading this organization that was supposed to be about protecting women and helping women find their voice,” a friend of Gellert’s, Lauren Aubrey, told the Times.