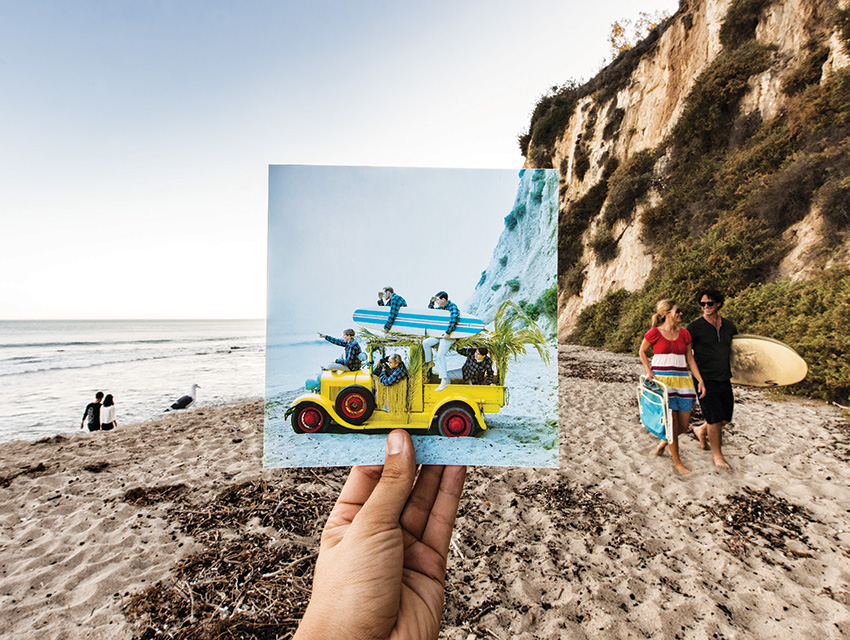 Remember the Pendletones? Neither do most Beach Boys fans. That was the group’s name early on—a nod to the flannel shirts the heart-throbs were fond of wearing, as they did at this session with photographer Ken Veeder at Malibu’s Paradise Cove in 1962. The image graced the cover of the band’s first record, Surfin’ Safari. Outtakes from the photo shoot also made it onto their third album, Surfer Girl, the following year. Working with the casually dressed mopheads was a departure for Veeder, who was accustomed to the likes of Frank Sinatra and Nat King Cole, but he masterfully captured the Southern California lifestyle. In fact, Brian Wilson’s younger brother, Dennis, was the only surfer in the group.