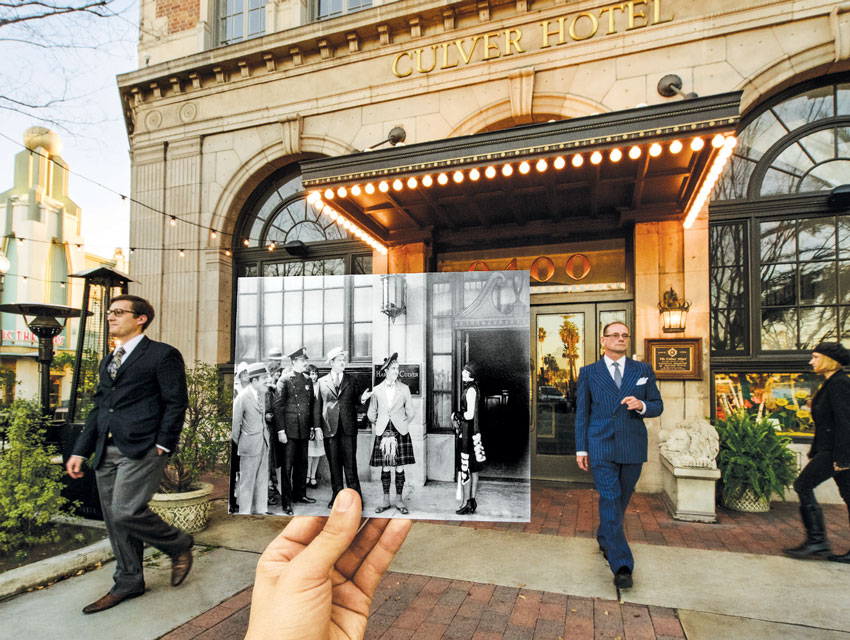 The completion of Culver City’s Hotel Hunt in 1924 was a godsend for the nearby movie studios, which now had copious lodgings for cast and crew. Stan Laurel and Oliver Hardy were working on the 1927 silent short Putting Pants on Philip when they were filmed outside the entrance (inset). Most famously the hotel was home to dozens of Munchkins in 1938 during the making of The Wizard of Oz, and it accommodated such Hollywood luminaries as Clark Gable, Greta Garbo, and Joan Crawford. By the 1990s, the aging building was in danger of being torn down. That decade preservationist Lou Catlett restored the place, which had since been renamed the Culver Hotel. It received National Historic Landmark status in 1997.