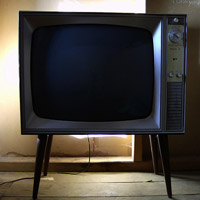 Congratulations are in order (we guess?). Three Californians set a new record for TV viewing yesterday in Hollywood by watching 86 hours and six minutes of television—straight. They watched episodes of 24 back-to-back (turns out FOX hosted a competition to break the record timed to the series’ DVD launch) which, we’re nearly certain, has been known to cause severe paranoia, hoarseness of voice, high blood pressure, and, in some cases, post traumatic stress disorder. The record-breaking couch potatoes won $10,000 each from FOX Home Entertainment. Let’s hope they don’t blow it all on home surveillance equipment.