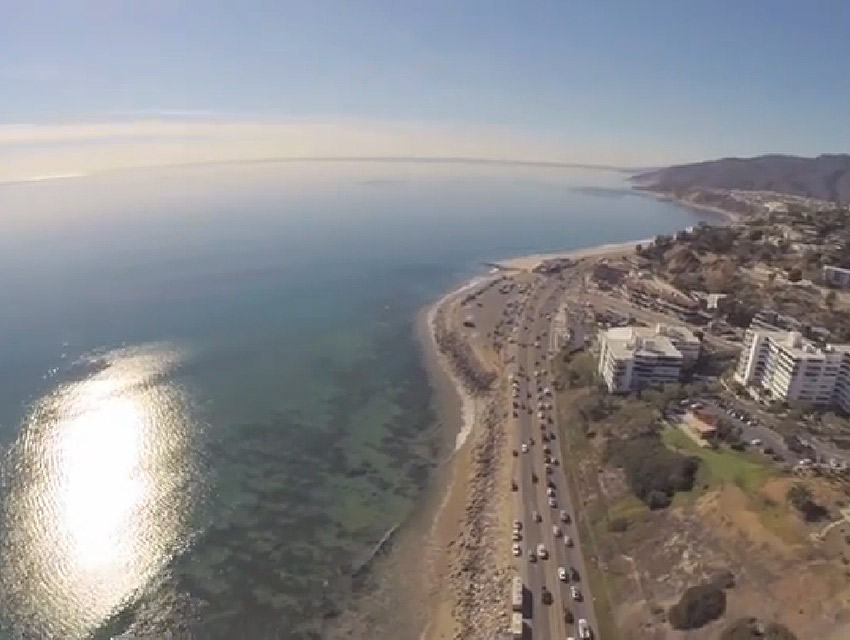 An aerial video of downtown Los Angeles by videographer Ian Wood recently made the news, and for good reason: It captures the transformation of downtown and the Arts District in a new way—and in stunning detail.

Filmmaker Chris Hoyle took his DJI Phantom drone out for a remote-controlled spin above Los Angeles, too, but he focused its lens further west, above our coastline. The footage he captured along the Pacific Coast Highway in Malibu doesn’t star giant neon signs or Art Deco architecture, but it is sublime.

The beach is postcard gorgeous, but seeing the water—which is remarkably clearer than what you might expect—and the Santa Monica Mountains like you’re a bird swooping past is a breathtaking experience. Think of it as local Drone fare for the urban escapist.

Music by Robots in the Sun

This Mesmerizing Drone Video Captures L.A. Over the Course of 24 Hours