Home Urban Development The State of California Is Sinking 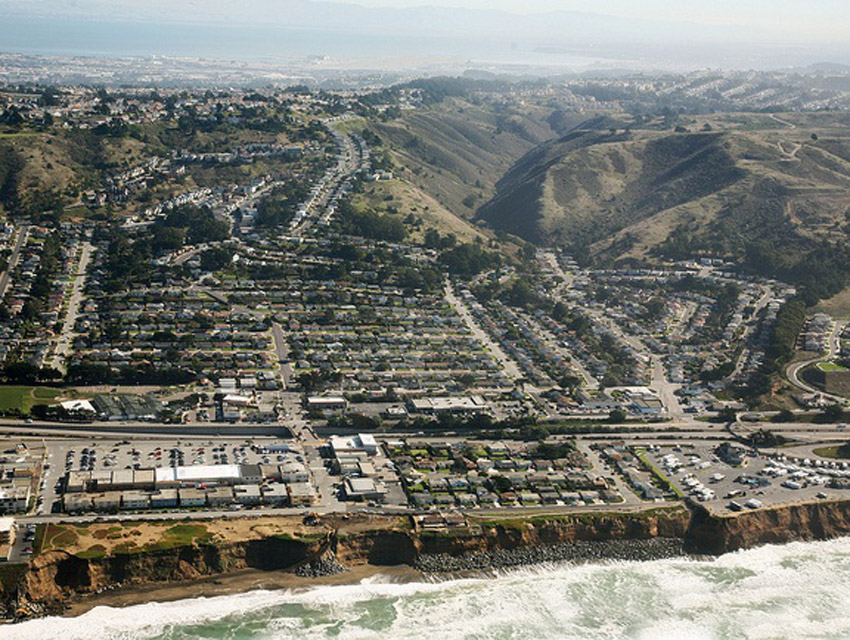 Someone get a screenwriter to draft a doomsday script about this: The state of California is literally sinking.

According to a 2015 article by The Center for Investigative Reporting, scientists recorded the worst sinking in at least 50 years during studies conducted in the summer of 2014. Sinking records across the state are expected to hit an all-time high (low?) this summer.

The sinkage is a byproduct of a not-so-fun process called subsidence during which land collapses when groundwater is sucked from aquifers below the surface. Inconveniently, drought accelerates subsidence as farmers siphon unsustainable amounts of groundwater to irrigate their crops. Today, groundwater supplies an estimated 60 percent of the state’s water. Talk about depressing.

While sinking peaked in the late 1960s and slowed in the 1970s, a comprehensive survey of the problem hasn’t been performed since. A publicly funded monitoring system faded soon after. Don’t let the state’s blasé attitude fool you: the general lack of concern doesn’t mean this isn’t a cataclysmic problem. In some areas, land is sinking at a rate of two feet per year; miles and miles of deflating ground means the destruction of bridges, canals, highways and more, costing the state and businesses billions in repair. It doesn’t help that hydrologists are working to track tens of thousands of square miles of sinking land with ancient equipment from the 1960s.

And while California passed a law last year to regulate groundwater usage, farmers aren’t required to meet those goals until 2040.”This could be a very long process,” Devin Galloway, a scientist with the geological survey, said. “Even if the water levels recover, things could continue to subside.”

Lawd They Comin’: Southern California’s Lemons Are Gigantic This Year