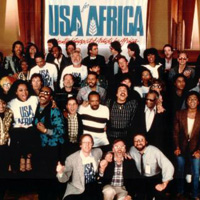 Mega-single and karaoke mainstay “We Are The World” is released. The track, recorded in Hollywood’s historic A&M complex, is a rare harmonious collaboration of 46 pop and rock stars including Michael Jackson, Diana Ross, Billy Joel, Ray Charles, Tina Turner, Stevie Wonder and Willie Nelson, and is produced by Quincy Jones. It quickly skyrockets to #1 and goes platinum four times over, the first single ever to do so. In total, the song has sold over 20 million copies and raised $30 million to fight hunger in Africa.