Home Fashion Shopping How Santa Monica Is Trying to Lure People Back to the Third... 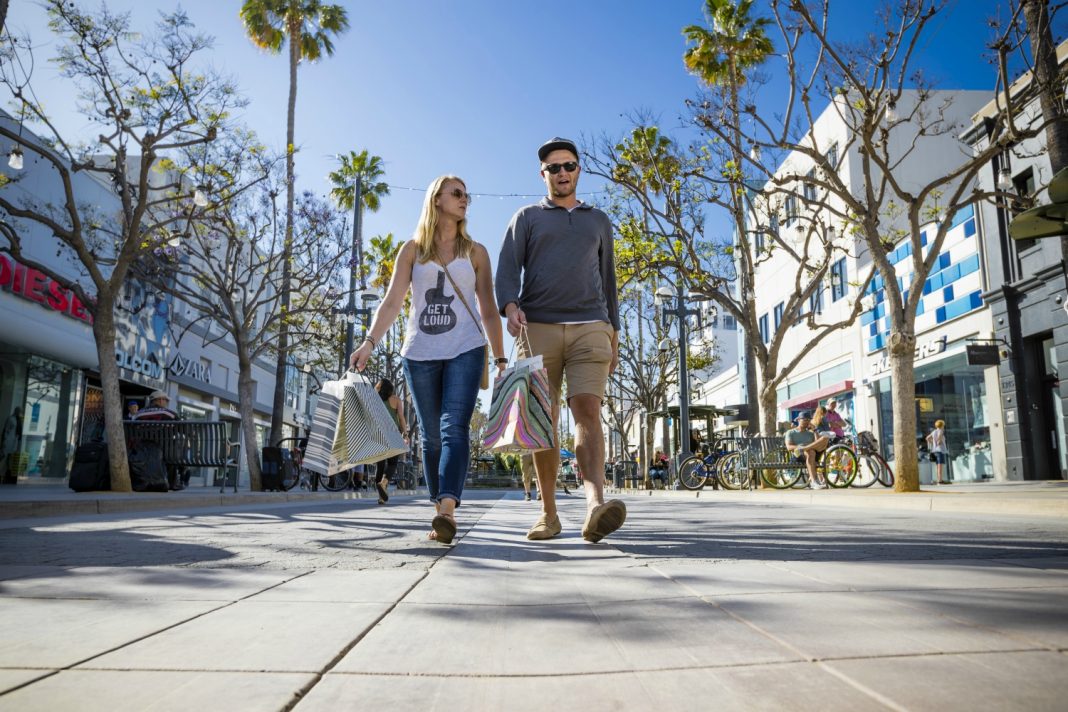 So many of L.A.’s finest malls and communal indoor-outdoor spaces have had major makeovers in the last few years: Century City had a billion dollar nip/tuck in 2017. The Beverly Center’s facelift last year cost half a bil. After all, they’ve got to keep up appearances. Malls need to be attractive to compete in this town.

Once the new kid in town, the Third Street Promenade, downtown Santa Monica’s three-block outdoor walkway filled with restaurants, shops, street singers, ice cream stores, open-air stalls filled with sarongs and glitter phone cases, is either 54 or 30 years old, depending on how you look at it. In the ’60s, city planners began to experiment with urban walkways or pedestrian malls. In ’65, Santa Monica closed down traffic in the area, and installed planters, trees, and landscape elements that ran about $700,000. Then in 1987, the city poured 10 million dollars into a two-year renovation, adding movie theaters, restaurants and more design elements. It was reopened officially 30 years ago with the name “Third Street Promenade”—definitely ahead of its time. For back then.

Now, in 2019, enter the Third Street Promenade, 3.0. Downtown Santa Monica, Inc. conducted a survey with Gehl, an urban research center, to determine why foot traffic in the district seems to peak at 3 p.m. And how, with retail suffering and taxable sales falling almost 3 percent in the last few years, could they get people to hang around. DTSM CEO Kathleen Rawson and her team have started to exercise elements of the study to see what changes and updates might become permanent installations.

“There haven’t been any real capital investments to the street in 30 years,” Rawson says. “In 1989, when the street appeared in the form it is now, it was a model copied all over the world. I gave talks once a month for years to countries wanting to emulate it. But about three years ago, the city embarked on a plan to evaluate the state of brick and mortar, the Promenade’s infrastructure, and the way peoples’ tastes shift, in an anthropological way.”

What Gehl and Rawson discovered is that moveable chairs are more attractive to indoor and outdoor diners than fixed ones now—and that people want color. “The street’s kind of gray,” Rawson laughs. “It’s well-maintained gray, but still gray.” Right now, public meetings are being conducted to decide which of the Gehl report scenarios will be amenable to the city, property owners, building owners, and of course, the public. “By the end of summer,” saws Rawson, “will have a consensus and start to implement the plan.”

You can see signs of new life already. Adirondack chairs in yellow, teal, and blue are arranged in groups on the sidewalk. Chairs that spin like tops add some kid-oriented fun—as do new movable platforms covered in fake grass. “And then there are the pianos out there,” Rawson points. “We have a lot of talent from all walks of life in SM. Every time I walk down the street, I hear people playing. What it brings is ‘stickiness’—people lingering on the street more. Our job is to create a space where people still want to meet face to face. We get 19 million visitors a year.” At the moment, the Third Street Promenade does about a billion dollars a year in taxable sales.

“The retail environment is changing swiftly,” Rawson notes. “We’re in the experimenting stage,” she adds. “We want to please the locals first. Then the tourists after.”

The opening of the Expo line, which goes from downtown Santa Monica all the way to Union Station, has brought a lot more flow to SM. “Ridership is up, beyond expectations,” says Rawson. “The number of parking spaces has increased, and the number of scooters and bikes has shot up. We expect a lot more foot traffic here this summer.” And if all goes as planned, a lot more lingering. A little shopping never hurt either. 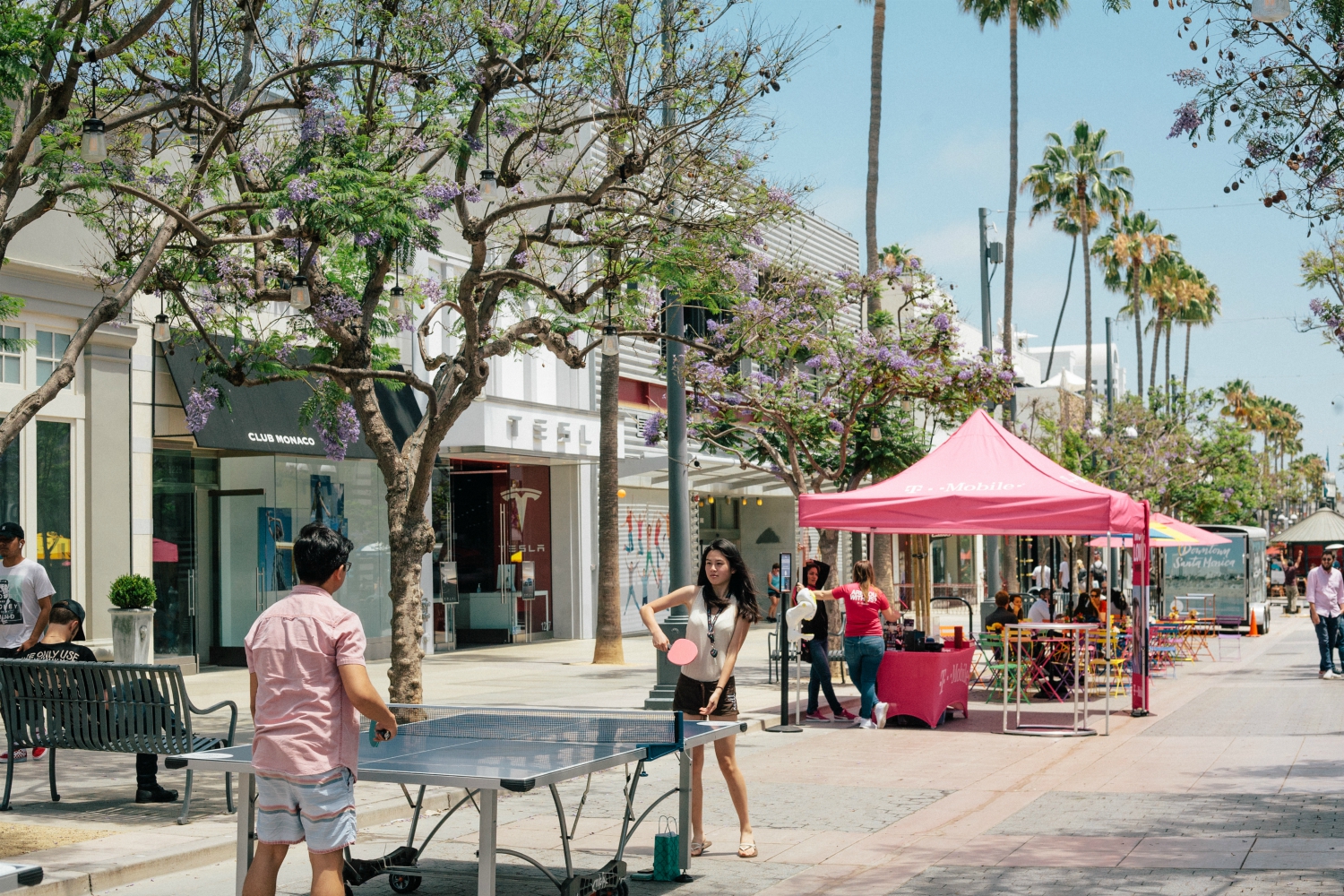