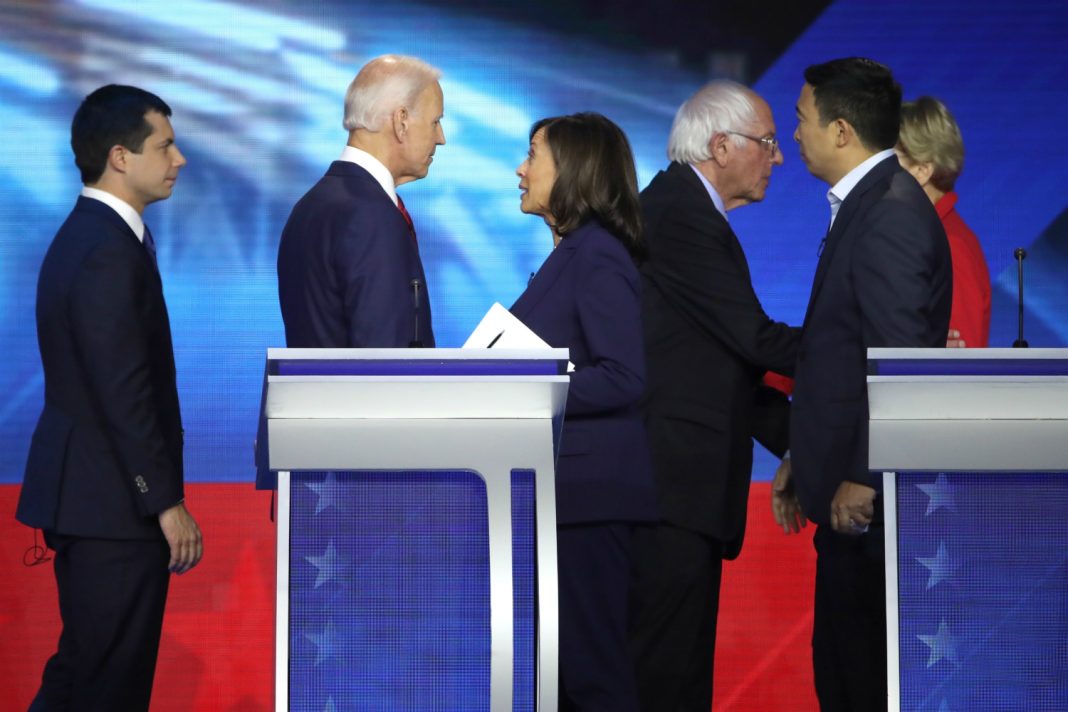 With more than half of the Democratic candidates eliminated from Thursday’s debate due to DNC contribution and polling rules, potential voters were anticipating a fiery duel between Joe Biden and Senator Elizabeth Warren at Houston’s Texas Southern University last night. Sadly, most of the fireworks fizzled out as candidates fell back on previously parroted platitudes and ABC’s moderators failed to address major issues.

NBC declared, “The Democratic Party still has no clear direction” and called the Biden-Warren showdown “mostly a dud.” The network also said of Biden’s performance, “[H]is ‘A’ game still had some weak spots: he fumbled on a question about race at the historically black college and offered up word salad on some answers.”

Meanwhile, the New York Times noted that while the democratic hopefuls were questioned extensively on gun laws, immigration, and health insurance, “questions on the gender pay gap and reproductive rights were entirely absent.”

Though most candidates got mixed reviews, underdog South Bend Mayor Pete Buttigieg is still winning over voters with his historic campaign, telling tonight’s crowd the story of his coming out. “No one had ever told the story of coming out as gay during a presidential debate before Buttigieg did Thursday night, a historic political first,” NBC posted. “He gave the kind of smart, thoughtful answers to various questions that Democrats have come to expect from him.”

The Washington Post called the debate for Warren, saying, “She was not dominant, she had the best performance and, more importantly, the fewest tough moments. Warren seems to come into these debates with a clear game-plan, lots of ideas and —somewhat inexplicably—seems almost impossible for her opponents to attack. If that continues to be the case, she reaps the rewards from Biden and Bernie Sanders taking hits. She’s also the only candidate with sustained upward momentum in this race. It’s difficult to see how that doesn’t continue after this.”

Of course, some DNC adversaries delighted in tonight’s contest. As it took place, Ann Coulter tweeted, “I hope you’re watching this, America.”

I hope you're watching this, America.