Home Uncategorized Thighs and Shine: Exercise And Sunlight Do More For Your Brain Than... 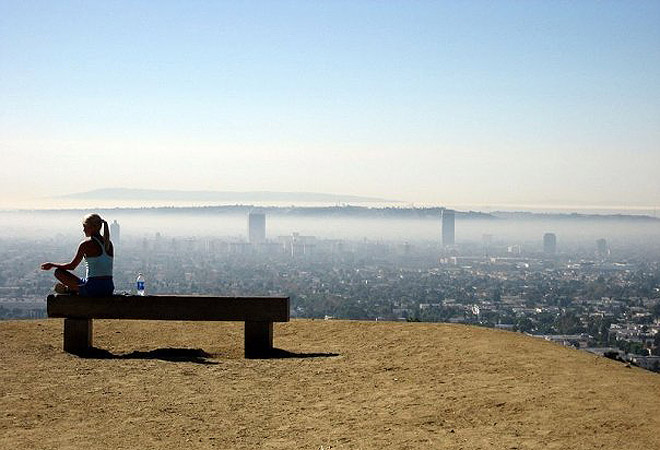 If you put Chopin on loop and tackle the day’s crossword in the hopes of raising your IQ, we’ve got some marginally disappointing news: Nicholas Spitzer, a professor of neuroscience at the University of California, refuted the common thought that puzzles and classical music make us any smarter in an interview with The Economist. “Many people think classical music is going to enhance brain function, or [that] playing particular games sharpens ones [sic] cognitive function,” he said “These theories have been looked at in detail and they don’t stand up.” The good news? Exercise and exposure to sunlight are some of the main factors associated with improved brain function—two things L.A. pretty much has on lock.

“In the summer months when the spring arrives you want to run outside and be active,” Spitzer says. Absorbing sunlight signals our bodies to expend energy; physical activity cues the brain to devote its resources to cognitive function. Put ‘em together and what have you got? Yoga on the sundeck, running on the beach, boot camp in the park—all cornerstones of the average Angeleno’s calendar.

In short: Toss the crosswords (or at least start doing them outside—while hiking, if you can manage it). When it comes to being brainy, we’re doing everything right.

Hold the Habanero, Economist, Only Some Latinos Like It Hot