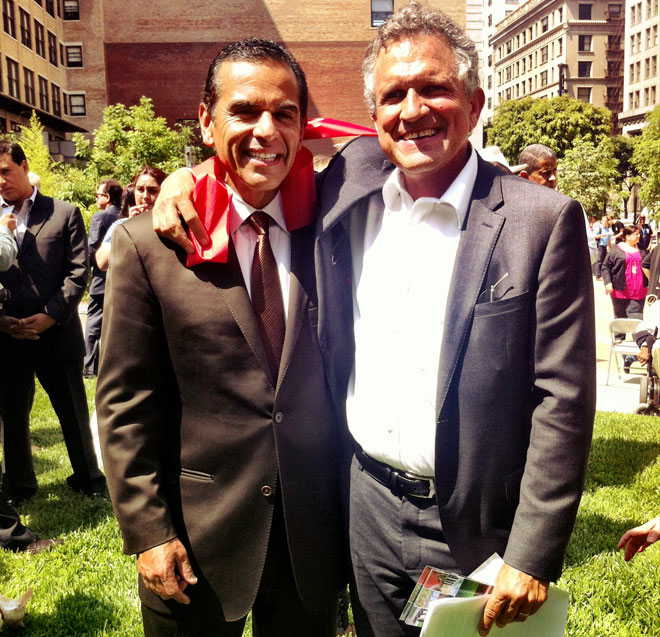 Look what has sprung up on Spring Street: an urban park on a 0.7 acre, L-shaped lot formerly used as two parking lots. The green space, which officially opened to the public on Monday, was designed by Lehrer Architects LA and represents a private/public partnership between the city and local investors. (In May, Curbed LA reported Friends of the Old Bank District Gardens will “operate the park and foot the bill with help from American Apparel.”)

So what makes the space special? It boasts 64 “bespoke benches” (we bet they fill up quickly during the monthly Downtown Art Walk), a lawn, bamboo hedges, a fountain, and a footpath for cyclists and pedestrians. City Councilman José Huizar said he expects the park to make downtown more livable, and it’s not the only bright spot in the neighborhood’s future: at the opening ceremony, Mayor Villaraigosa announced plans to convert a vacant lot at 1st and Broadway into “Civic Center Park.”