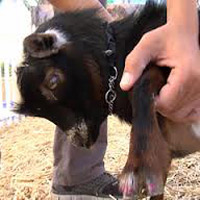 Prop. 38 Supporters Attack Jerry Brown’s Prop. 30
Both sides are spending a lot of money to make sure their school-supporting tax-raising initiative looks better than the other.
[LAT]

Roman Polanski Sex Assault Victim Penning Memoir
Samantha Geimer, now 47, is ready to write her side of the story.
[LAT]

Echo Park Building Fire Under Investigation
No one knows why the three-story building on Palo Alto Ave went up in flames—yet.
[NBCLA]

Anti-Muslim Filmmaker Pleads Not Guilty To Probation Violations Unrelated to “Innocence of Muslims”
He’s been accused of using aliases without his P.O.’s approval.
[The Wrap]

In Report, USADA Reveals Which 11 Former Teammates Provided Evidence Against Lance Armstrong
To be fair, Armstrong challenged them to do it.
[ESPNLA]