Home Uncategorized The Wednesday Afternoon Cram: We Are Happy To Report The World... 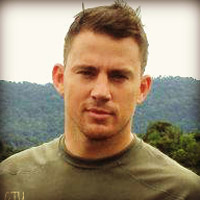 Arrests Made At Flux Pavilion Concert in Santa Monica
A man and a woman were nabbed for public intoxication.
[KABC]

Justin Bieber Cited For Unsafe Left Turn in West Hollywood
This is how it starts.
[CBS]

NASA Does Not Think The World Win End on Dec. 21
And these guys put the Curiosity Rover on Mars. Or so they say.
[LADN]

People’s Sexiest Man Alive is… Channing Tatum!
The country will, once again, be divided.
[People]