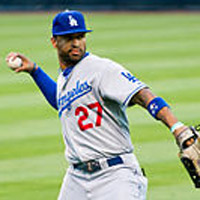 A Man Stole A Gold Chain From a 4-Year Old in Lynwood
The worst part: he pushed him down, too.
[LAT]

Lois Goodman Says She Did Not Kill Her Husband With A Coffee Mug
The tennis ref plead not guilty to a murder in court today.
[NBCLA]

Mother, Two Children Killed in Hollywood Car Crash
Their van collided with an SUV, then a utility pole.
[LADN]

Hurricane Isaac Has Been Downgraded
But flooding is now a huge concern for Louisiana.
[NYT]