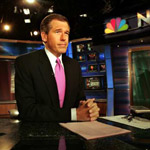 This Berman-Sherman Thing Is Finally Over
Brad Sherman wins, bringing the most tiring local campaign to a close.
[LADN]

Mark McGuire Joins Dodgers as Hitting Coach
Dave Hansen was fired from the position when the 2012 season ended.
[ESPNLA]

Filmmaker Behind ‘The Innocence of Muslims’ Sentenced to Jail
Mark Basseley Youssef will spend one year in prison for violating his probation.
[LAist]

NBC Won Last Night, Too
The cable network’s coverage of the presidential election won the war for ratings.
[Variety]