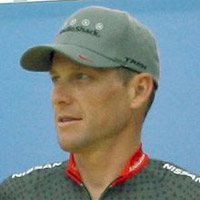 It Could Be Hot AND Dark in Pasadena This Week
A recent fire left the city with only one working electricity generator.
[NBCLA]

Also, Flamin’ Hot Cheetos Banned at Some Pasadena Schools
But not because it’s so hot there already, because of nutritional value.
[LAT]

Fired ‘Gangnam Style’ Lifeguards Could Get Their Jobs Back
The El Monte City Council voted to rehire parody participants.
[CBSLA]

Barbie Is On The Decline
Edgy is in with the doll buying set.
[LADN]

Someone Bought a Winning Lottery Ticket in Panorama City
It’s worth $444,824
[LADN]

Nike Cuts Ties With Lance Armstrong
This, just moments after the cyclist announced he would leave Livestrong.
[AP]