Home Uncategorized The Wednesday Afternoon Cram: AEG All Over, Kershaw Cleared, and More 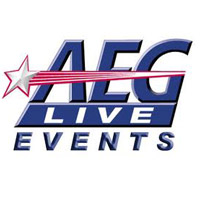 In Case You Haven’t Heard, AEG, Is Up for Sale
The company owns Staples Center, the Kings, L.A. Live, the LA Galaxy, part of the Lakers, and more.
[LAT]

Mayor Villaraigosa Knew AEG Would Be Up For Sale Before Everyone Else
He just didn’t see a need to share the news with city officials.
[LADN]

The Endeavor is Coming! The Endeavour is Coming!
The space shuttle left Kennedy Space Center and is headed this way.
[NBCLA]

City Hall Was Vandalized Tuesday Night
Someone spray-painted “this blows” and other observations on the building’s façade.
[CBSLA]

El Monte Mayor Requests Independent Review of Lifeguard Firings Over Psy Parody
And you thought you had Gangnam Style stuck in your head.
[LAist]