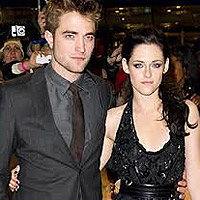 Kristen Stewart Issues Public Apology For Cheating on Robert Pattinson
Not Bella and Edward! Another one bites the dust.
[People]

Antonio Villaraigosa Weighs in on Our City’s Safety
The mayor says L.A. is as safe as it has ever been.
[HuffPoLA]

New ‘Anonymous’ Video Targets Anaheim Police
The video encourages the public to rise up against the government.
[KTLA]

An 8.6 Earthquake Might Be Coming Our Way Soon
Caltech is wary that a new Mega-Earthquake could shake things up.
[LAW]

TJ Jackson Appointed Temporary Custody of MJ’s Kids
Katherine Jackson has disappeared to Arizona, possibly against her will.
[KTLA]