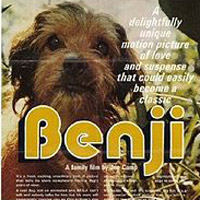 Interstate 5 Road Rage Beating Caught on Camera
Do any of these men look familiar?
[KTLA]

The Search for the Next Benji is On
“He is the everydog.”
[Daily News]

The Rampture Is Upon Us
405 ramp closures start Friday.
[CBS LA]

Stings Nets Convicted Murderer, Sex Offenders Posing as Licensed Contractors
And you thought your contractor was a disappointment.
[NBC LA]