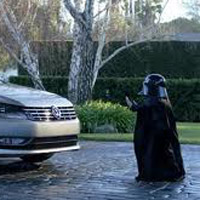 ‘Largest Walmart Protest in the History of the World’ Planed for June 30
Does anyone for the Chinatown Walmart?
[NBC LA]

U.S. Hockey Fans Not All That Into So Cal Hockey Teams
Ratings for Game Six of the NHL Finals Lowest Since 2007, when the Anaheim Ducks were vying for the cup.
[LAO]

JPMorgan Execs Involved in Trading Blowup May Have to Return Pay
Wait—this is possible?
[NYT]