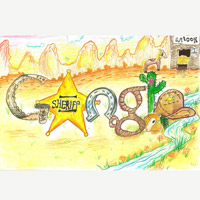 Gingrich Suspends Presidential Campaign
No, President Obama, there is not still time.
[NYT]