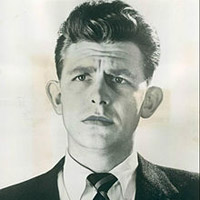 “I’ll Have Another” Returns to Betfair Hollywood Park For Farewell Ride
Then he’s off to stud in Japan.
[NBC LA]