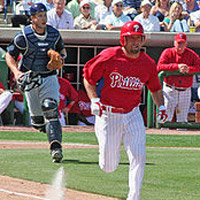 Garcetti, Greuel In Fund-Raising Tie
If campaign money is any indication, it’s going to be a very close mayoral race.
[LAT]

L.A. Housing Prices Rebound
Prices are an itsy bit up for the third month in a row.
[NBC LA]

Councilman Bill Rosendahl Has a Marijuan Presicription
He suffers from neuropathy, and he’s for legalizing pot.
[LAT]