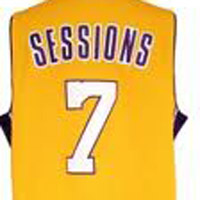 Russian Prostitute Ring Busted in L.A.
A man and his former and current wives have been recruiting prostitutes together.
[Daily News]

Data Expert: LAFD Needs Overhaul
Among Jeffrey Godown’s data findings about the LAFD: the LAFD isn’t that into data.
[LAT]

Ramon Sessions Breaks Up With the Lakers
The point guard is looking for the real thing.
[ESPN LA]